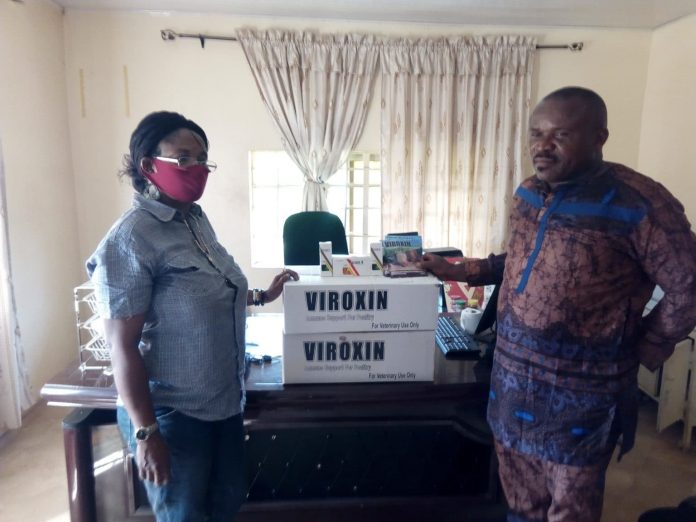 A renowned medical practitioner, Dr. Chidi Ezeihu has appealed to the Federal Government and the Nigerian Center for Disease Control, NCDC, to as a matter of urgency carry out a clinical trial of his therapy.

Ezeihe, who carried out his research under the Federal Government Technology Incubation Centre, Enugu, said his therapy could be a way out of the COVID-19 infection currently ravaging the entire world.

The University of Nigeria Nsukka (UNN) medical practitioner and an expert in alternative medicine, said he strongly believed that his formula known as Salvage A and B, which he has been using to treat patients of the dreaded HIV virus might have the capacity to kill SARS COV 2, which he said was the organism responsible for COVID-19 virus.

Addressing journalists in Enugu on Tuesday, he disclosed that they came up with Salvage A and B, which he described as vital drugs, following the crisis that was occasioned by HIV and AIDs then.

The medical practitioner, who has been into research in alternative medicine for a long time, said “our environment is blessed with herbs that have efficacy,” pointing that “we should not always be praying that the solution to the COVID-19 virus must come from Western countries.”

He noted that they came up with Salvage A and B when there was a very big vacuum in antiretroviral.

Going down memory lane, the medical practitioner stated the late Professor Onuaguluchi was in UNTH then doing what he described as Biomagnetism which he was using to help the HIV patients.

He disclosed that shortly after they came up with Salvage A and B, he sent samples to Professor Onuaguluchi, stating that within a period of two years, the late Professor came out to say they he was happy that in his lifetime, he had seen something that could be a definitive solution to HIV.

“So, we are making a strong appeal to the Nigerian Government, especially the Nigeria Center for Disease Control; there is a need now, everybody is looking for a solution and we are saying in Nigeria, since Salvage A and B has benefit on HIV, it has some efficacy and safety, that product should be tried on SARS COV 2.

“Salvage A&B works by reactivating cellular immunity by awakening the macrophages. The difference between Salvage A&B combination phytodrugs for HIV and antiretroviral therapies for HIV is that SALVAGE A&B optimizes macrophages functions. When macrophages are stimulated with the right therapeutics agents like SalvageA&B, macrophages then begin their jobs properly, antigen recognition, antigen processing and proper antigen presentations. In HIV infection, macrophages are dysfunctional.

“Even while treating HIV with the current antiretroviral, these macrophages are still dysfunctional. When we treat HIV with Salvage A&B, macrophages are so stimulated to the extent that proper antigen recognition, antigen Processing and presentation for the immune system begin to produce immune-competent lymphocytes to destroy HIV in the body,” he stated.

Also speaking, Engr. Dr. Mohammed Jibrin, the Director-General and Chief Executive Officer of National Board for Technology Incubation said what they do at the technology incubation centres across the country is to nurture startups and help them get certification, as well as assist them to get to the market.

Jibrin, who spoke through Mrs. Thelma Ifeoma Nwabueze, Centre Manager, Enugu office of the Technology Incubation Centre, further disclosed that they also monitor the activities of both their resident and non-resident entrepreneurs to ensure that they did not go against the rules.

He pointed out that their major mandate is the commercialization of research and development results.