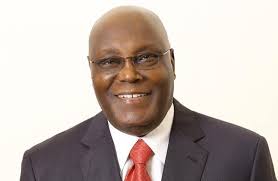 Former Vice President Atiku Abubakar has asked the Federal Government to pay each household in ten thousand naira (N10,000) as a supplement for foodstuff within the period in which many are confined to their homes.

The presidential candidate of the Peoples Democratic Party (PDP) made this call on Wednesday when he donated N50million as relief fund to support the Federal Government’s battle against the coronavirus pandemic in the country.

Atiku stated that it is incumbent on the Federal and state governments to provide palliatives to the Nigerian people to enable them to survive, even as they abide by these necessary measures put in place for their own safety.

According to the elder statesman, “At an approximate 30 million households or thereabouts, the government should devise modalities to distribute N10,000 as a supplement for foodstuff to each household, among other palliative measures, with no one left behind”.

Atiku, in a press statement he personally signed on Wednesday, said his contribution will help “form part of the stimulus package.”

He praised the Federal and State Governments for taking precautionary measures in containing the spread of the virus within the nation.