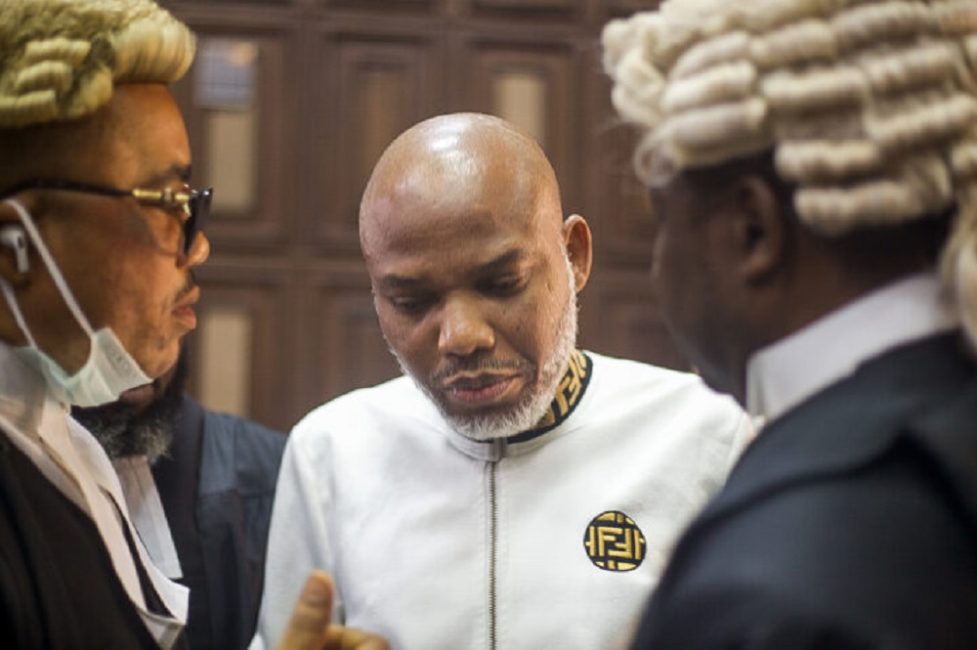 The trial of the leader of the Indigenous People of Biafra, IPOB, Nnamdi Kanu on terrorism charges has been shifted till November 14 by a Federal High Court in Abuja.

Kanu is however to remain in the custody of the Department of State Service, DSS, till the date since the shift in the trial was at his instance.

The trial was put on hold by Justice Binta Nyako following the appeal instituted against the high court order upholding seven-count charges against Kanu.

Justice Nyako had dismissed 8 out of 15 count charges brought against Kanu by the Federal Government and ordered his trial in the remaining 7 counts.

However, at Tuesday’s proceedings, Kanu’s lawyer, Mike Ozekhome SAN, informed the court that his client has filed an appeal at the Court of Appeal in Abuja challenging the competence of the seven counts.

In the appeal marked CA/ABJ/CR/625/2022, Kanu, through Ozekhome SAN, prayed the appellate court to nullify the seven counts still standing against him.

He predicated his appeal on the ground that the alleged offenses in the charges were committed outside the shores of Nigeria, hence, no court in the country has jurisdiction to try him.

Ozekhome prayed the court to stop a further trial in the charges until the Court of Appeal decides the issues brought before it.

He explained that the appeal had been duly entered and the record of proceedings transmitted to the appellate court adding that with the latest development, the Federal High Court can no longer continue with the trial.

However, counsel to the Federal Government, Mr. David Kaswe, made spirited efforts to persuade the court to ignore the argument of Ozekhome on the ground that the Administration of Criminal Justice Act (ACJA) 2015 prohibits the stay of a criminal trial in the country.

In a short ruling, Justice Nyako upheld the arguments of Ozekhome and shifted further trial till November 14 to await the outcome of the Court of Appeal decision.