Three persons have been sentenced to death by an Ondo State High Court for killing Mrs. Funke Olakurin, the daughter of the leader of Afenifere, a pan-Yoruba socio-political organization, Pa Reuben Fasoranti. 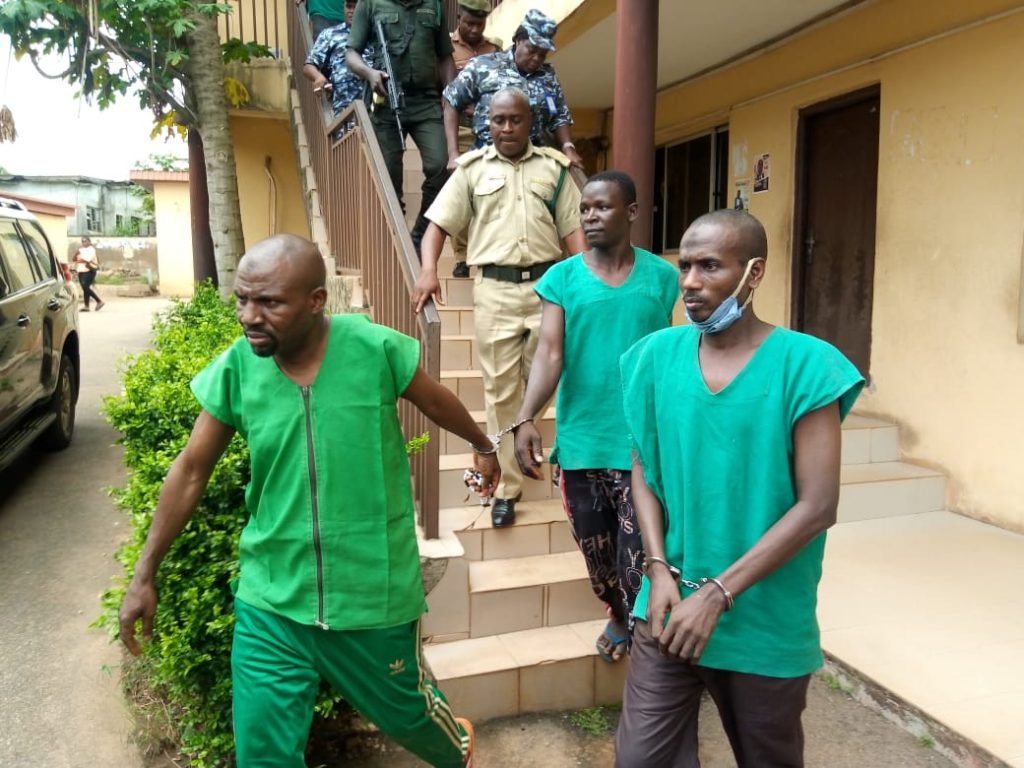 The convicts Muhammed Shehu, Mazaje Lawal, Adamu Adamu, who was also accused of killing a hunter in the forest were found guilty of all the count charges brought against them.

The trial judge, Justice Williams Rotimi Olamide in his verdict sentenced them to death by hanging or firing squad on charges bothering as conspiracy to kill, murder, kidnapping, and armed robbery.

On July 12, 2019, the 58-year-old Olakurin was headed to Akure, Ondo State, from Lagos when she was attacked and shot by the armed herdsmen on the Benin-Sagamu expressway.

After months of tracking and investigation, the killers were arrested on April 6, 2020, by men of the Special Anti-Robbery Squad of the Nigeria Police Force.

Meanwhile, the fourth suspect, Auwalu Abubakar, who was accused of aiding and abetting, was discharged by the judge.

Justice Olamide who commiserated with the victim’s family urged the government to urgently do something about the growing insecurity situation in the country which he said had led to many paying the supreme price.