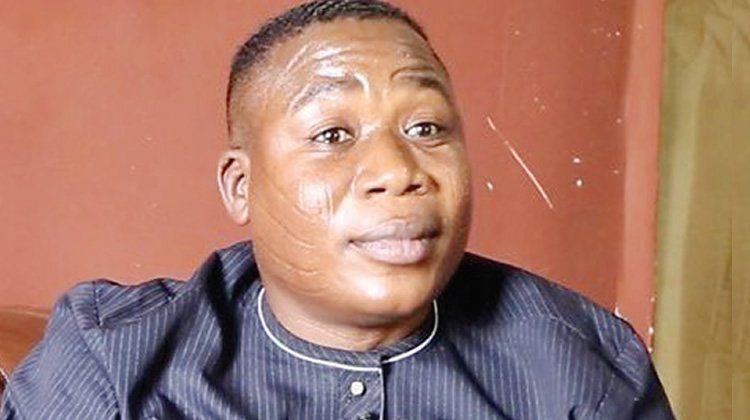 A suit instituted by 12 detained associates of Yoruba nation activist, Sunday Adeyemo, aka Sunday Igboho, against the Department of State Services and its Director-General, Yusuf Bichi, will come up for hearing on Tuesday, July 20, 2021, (Sallah day) at the Federal High Court, Abuja, one of the counsels for the applicants, Pelumi Olajengbesi, has said.

Olajengbesi made this known in a chat on Sunday.

However, a source within the court confided in our correspondent that judges are avoiding the matter because of its sensitive nature.

The source said, “In fact, two judges initially declined to take up the suit when it was assigned to their courts before it was taken up by Justice Obiora Egwuatu of the Federal High Court 9, Abuja.”

Recall that at least a dozen of Igboho’s associates were arrested and detained by the secret police on July 1 2021 after the DSS’ bloody raid of Igboho’s residence in the Soka area of Ibadan, the Oyo State capital.

The secret police also said that it “gunned down” two of the activist’s associates during a “gun duel” which Igboho narrowly escaped.

He was later declared wanted for allegedly stockpiling arms, an allegation he denied.

Olajengbesi had earlier said that the secret police refused to grant him and the other lawyers on the case access to the 12 suspects detained by the DSS.

The detained persons, through their lawyers, subsequently sued the secret police and its director general.

In the joint suit filed at the Federal High Court, Abuja, on July 7, 2021, the applicants sought an order of the court “mandating and compelling the respondents to produce the applicants” to enable the court “inquire into the circumstances constituting grounds of their arrest and detention” since July 1, 2021.

In the suit marked FHC/ABJ/CS/647/2021, the applicants also sought the order of the court mandating and compelling the respondents to produce the applicants before the court and “show cause as to why the applicants should not be granted bail in accordance with the provision of section 32 of Administration of Criminal Justice Act 2015 and other extant laws in Nigeria.”

Our correspondent could not confirm whether the respondents have been summoned to enter appearance within 30 days of service, but it was gathered that the court has fixed Tuesday for hearing of the matter.

Olajengbesi on Sunday said that though Tuesday and Wednesday had been announced by the Federal Government as holiday to mark the Eid-el-Kabir celebrations, the court insisted that it would hear the case on Tuesday.

“While we are not ignorance of the fact that the stipulated date happens to be a public holiday as declared by the Federal Government, we contacted the Registrar of the court and complained, but the response was that My Lord personally fixed the date. We are optimistic that we will get another short date since we are not certain the matter will proceed for hearing that day, however we will follow up.

“The matter should have been heard by now, but we are surprised that it took too long for us to get response on the assigned court despite filing affidavits of extreme urgency. We are glad the matter is now in Court 9 and we are hopeful of having a good day in court soon.”