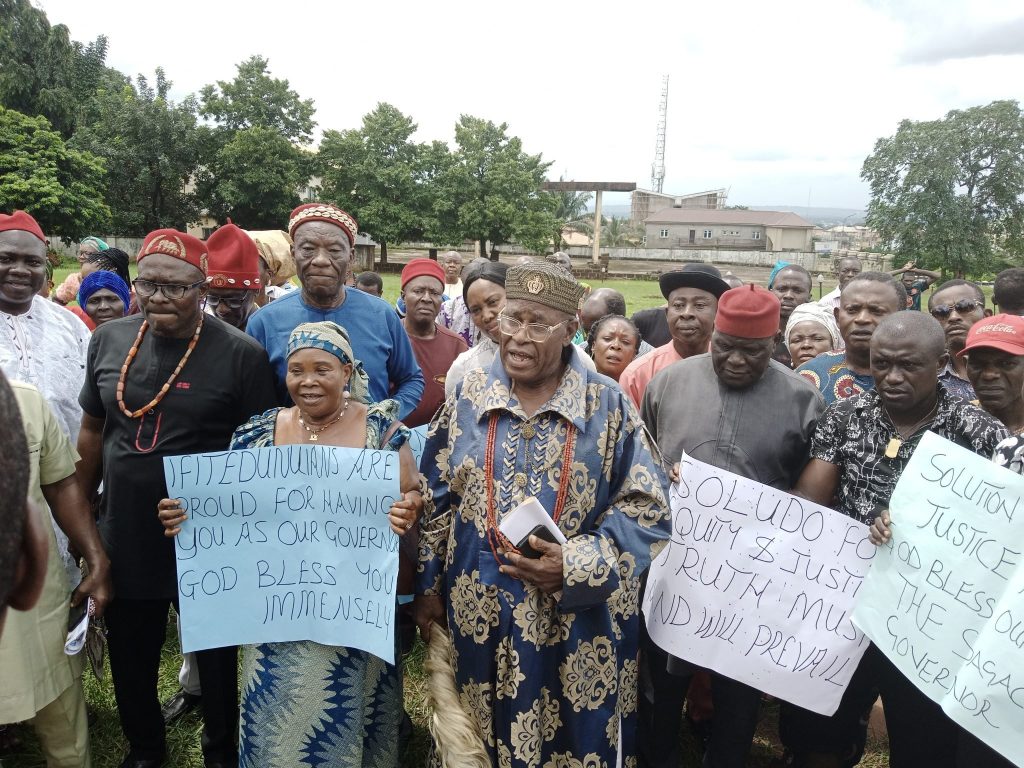 Ifitedunu community of Dunukofia Local Government Area of Anambra State has called on the state governor, Prof. Chukwuma Soludo to help facilitate the release of some of its detained kinsmen. 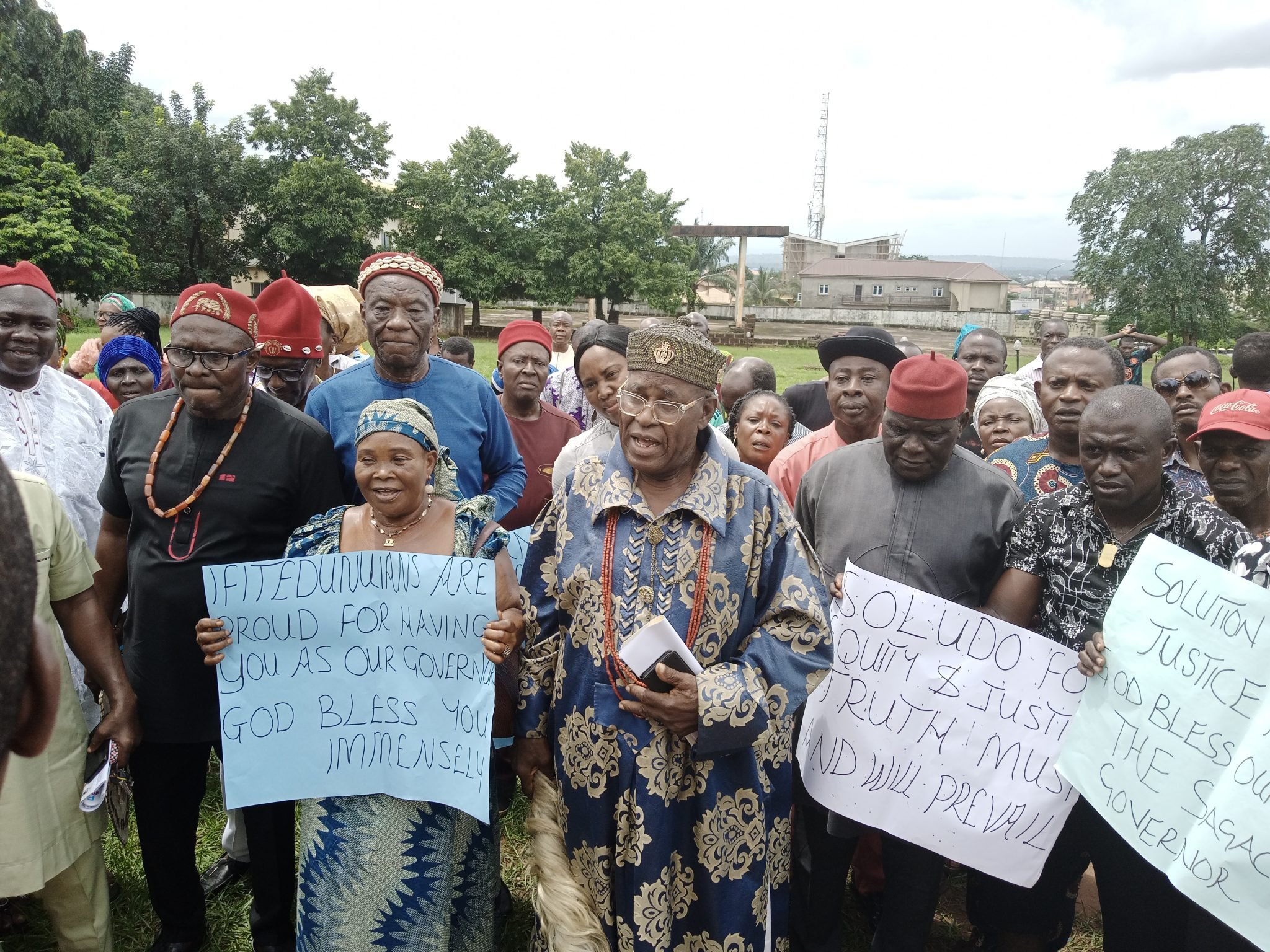 Members of the community were at the government house to thank Soludo for the reinstatement of the President-General of the community, Uchenna Nwoye, who had previously been removed by former governor, Willie Obiano.

Members of the community were led by its monarch, Igwe Chukwuemeka Ilouno to the Anambra government house, where he addressed government officials.

“We are here to thank Governor Chukwuma Soludo for reinstating our PG, Chief Uchenna Nwoye, despite the fact that some people have been causing a crisis in the community.

“The leadership of our town union has been in trouble for some years now, but we thank God for Prof. Soludo, who came and stopped every trouble in our community and now restored our duly elected president-general.

“We want to also beg our governor to help facilitate the release of some of our kinsmen, who have been in detention for a long on trumped-up charges.

“We have people in our community who swore that we will never have peace, so if you oppose them, police will come in the middle of the night to arrest you.

“Now that Governor Soludo has restored the peace in the community, we are begging him to make our joy complete by facilitating the release of our kinsmen,” the monarch said.

Placards carried by members of the community read: “Soludo is hope for the common man” “we thank our peace-loving governor for reinstating our PG” “Ifitedunu are proud for having you as a governor”.

Representative of the commissioner for Local Government and Chieftaincy Matters, Tony Collins Nwabunwanne, Mr. Henry Nwasike who received members of the community praised them for being peaceful.

He said: “We will ensure the release of all detained persons. Soludo is a man who believes in due process, he has addressed many wrongs in many communities since he came to power, and he has been doing it without recourse to who is involved.”