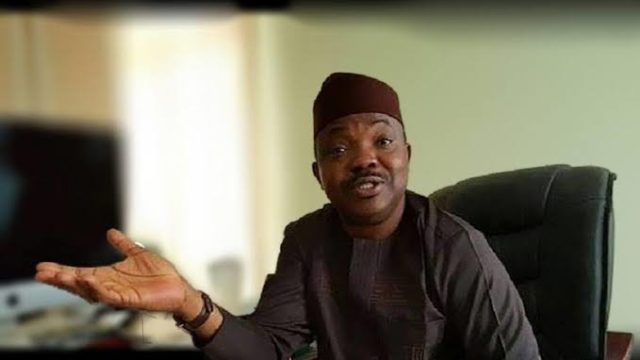 Spokesman of the Yoruba socio-political group, Afenifere, Yinka Odumakin has said Nigeria is “seriously rocked by a clash of civilization” claiming that the clash may wreck the West African nation.

Odumakin said the country is being flooded by Fulanis from neighbouring countries like the Niger Republic.

Odumakin was quoting a thesis by an American political scientist Samuel Huntington, who had argued that people’s cultural and religious identities will be the primary source of conflict in the post-Cold War world.

He argued further that future wars would be fought not between countries, but between cultures.

Odumakin who is also the Organising Secretary of the Southern and Middle Belt Elders Forum was a guest on an ARISE News programme, The Morning Show where he accused the Nigerian President Muhammadu Buhari of opening the country’s borders for Fulanis to flood the country.

“Those who share the same civilizations spread across boundaries will be coming together, that is what we are seeing that the Fulanis are coming all over Nigeria, and the President has even opened the door for them so that they can get visas on arrival,” Odumakin told ARISE News.

“You will remember that in 1985, at OAU summit President Buhari as President of Nigeria had to take a decision about OAU Secretary-general, a Nigerien from Niger was contesting with a Nigerian from Igbo land.

“So it is that clash of civilization that is rocking Nigeria. Only this morning I was reading the papers that Sheik Gumi was asking governors to use their security votes to answer the demands of the bandits. If not for clash of civilisation I don’t know why any fellow Nigeria will make that kind of statement.

“Look at the killings going on in the southwest and across the country, have you seen any Fulani north condemning the killing? No, because it means nothing to them and their own civilization and that’s why Nigeria is seriously on the edge of the precipice.

“Nigeria is being racked by a strong clash of civilization that may wreck it if nothing is done.”