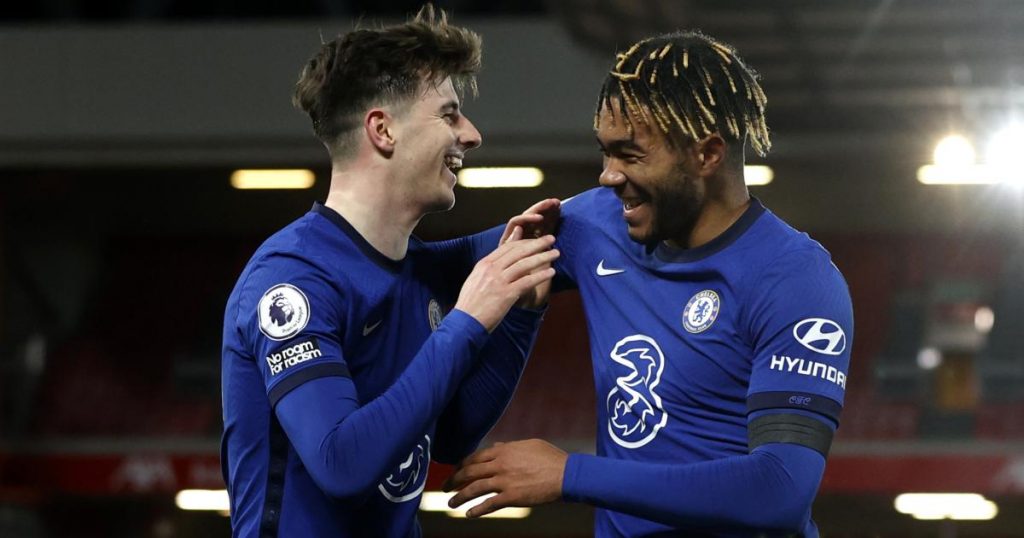 Mason Mount gave Chelsea a crucial victory in the race for the Champions League as his strike condemned Liverpool to a fifth-straight home league defeat for the first time in their history.

Mount’s terrific effort shortly before half-time proved the only goal of the game after Timo Werner had had an effort ruled out by VAR, and the 1-0 win was enough to send the Blues above Everton into fourth.

Werner thought he had opened the scoring midway through the first-half, rounding Alisson to score only for VAR to deem him offside by virtue of an outstretched arm, but Mount’s strike was never in danger of being chalked off as he cut inside and found the far corner in fine style.

Thomas Tuchel’s side then showed great defensive discipline to stand firm in the second period as Liverpool improved.

Liverpool, who substituted a disgruntled Mohamed Salah in the second half, struggled to carve out clear chances as they slipped to a club-record fifth successive home league defeat, having gone unbeaten in their previous 68 games at Anfield.

Chelsea, still unbeaten since Tuchel replaced Frank Lampard in January, have 47 points from 27 games, one more than Everton who had briefly gone fourth by beating West Bromwich Albion.

Liverpool’s title defence is in tatters and Juergen Klopp’s side have slumped to seventh spot with 43 points from 27 games.