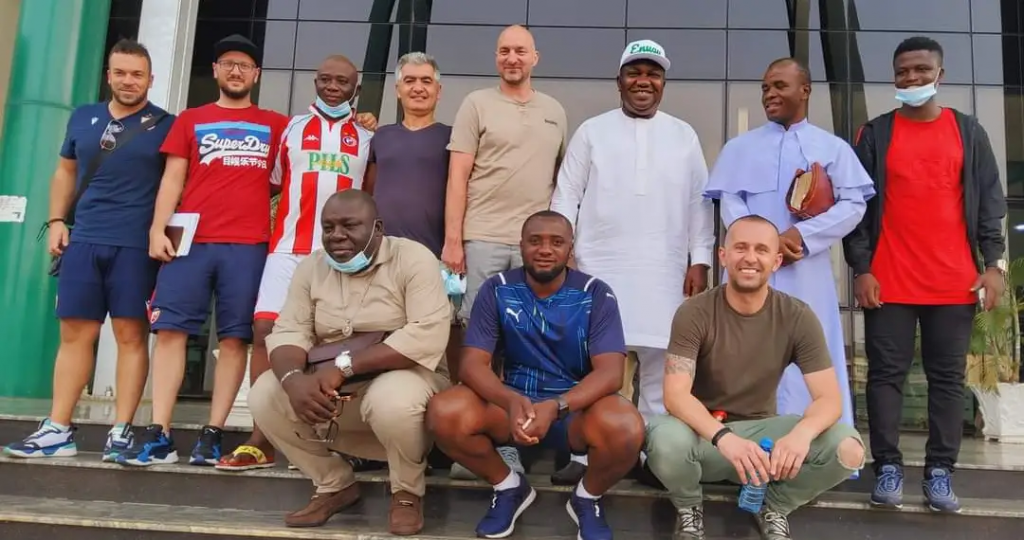 Mr Mbaka stated this when he led delegations of Red Star Belgrade Football Club, Serbia, and Antalyaspor Football Club, Turkey, to the Government House, Enugu, on a courtesy visit to Governor Ifeanyi Ugwuanyi.

He informed the governor that the delegations from Serbia and Turkey were “football Scouts who decided to use Enugu State for their scouting activities. He added that they came to Enugu on behalf of the Adoration Football Club.

Mr Mbaka further disclosed that the youth of the Adoration Ministry, who can play football, are engaged in the sporting activities and stand the chance of being picked to play international football in their clubs in Serbia and Turkey.

The Catholic priest said Mr Ugwuanyi is a “father to all and a very friendly governor”.

“We respect you and the Enugu State government. Here is a peaceful place, there is no problem of security here and the people of Enugu State love you,” he said.

In his speech, the Sporting Director and Chief Scouts, Red Star Belgrade Football Club, Serbia, S. Milos, thanked Governor Ugwuanyi for welcoming them, and expressed optimism that they would find many players in Enugu State after the scouting activities.

Responding, Governor Ugwuanyi welcomed the delegates to Enugu State and described their choice of Enugu for the international sporting programme as a worthy decision.

The governor assured them of his administration’s support, stressing that Enugu State has a lot of talents who can add value to football worldwide.

“If our people are discovered, we will benefit a lot,” he said.

Governor Ugwuanyi expressed appreciation to Mr Mbaka and his team for the initiative of promoting sports development in the state and beyond.