Oduduwa Nation won’t work; Yoruba have no leader like Awolowo 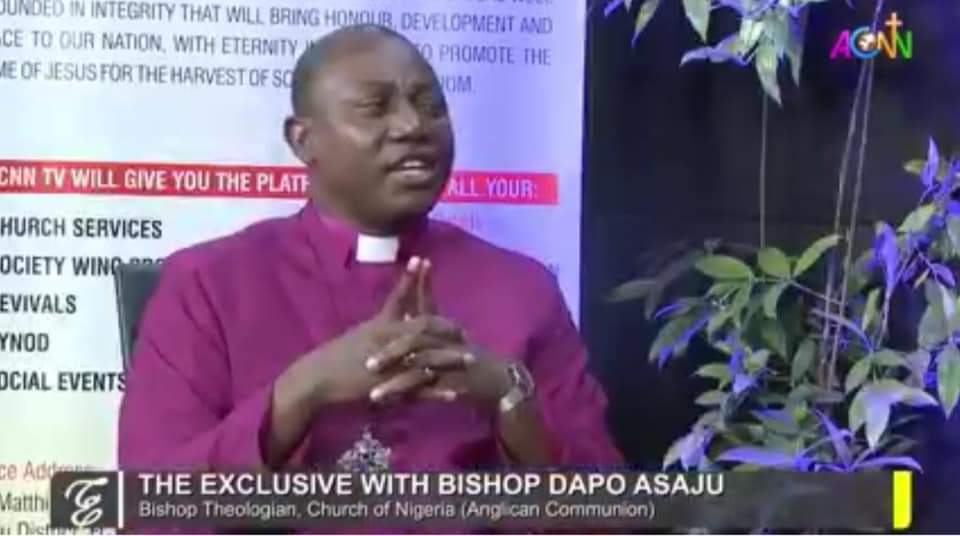 The Rt. Rev. Prof Dapo F. Asaju, Bishop Theologian of the Church of Nigeria (Anglican Communion), has warned that Nigeria might soon become a theatre of endless crises if President Muhammadu Buhari continues with his uncompromising style of leadership.

In an interview with LAWRENCE ENYOGHASU, the former Vice-Chancellor, Ajayi Crowther University, Oyo said the increase in the agitations by secessionist groups and individuals is a sign that many Nigerians are not reaping the dividends of democracy. He also spoke on other issues.

Some people in the South-West are agitating for the Yoruba nation, but there are seems to be no unity among the people on the issue. What’s your take?

The Yorubas are unique and peculiar in this country. They are undoubtedly the first to get an education and the first set of elite that built this country but there is no unity among the Yoruba people. Herbert Ogunde sang a song that the Yoruba should think. Since the amalgamation of Nigeria by the colonial masters, Yoruba people were described negatively. The Yorubas are the most careless of all the three major tribes. They think less of tomorrow and that accounts for the fatal mistakes they have made. The Yoruba communities are getting lost because greedy parents are selling their ancestral lands. People who are not Yoruba have bought most of the lands available now. And once you sell the land, you lose your community spirit because the children cannot even come to visit because there is no land to build a home for them. That is to let you know the lack of perception they have. There are so many ethnic groups among them. The Ijebus and the Egbas are not friendly. Kogi and Kwara alone will give you 100 communities that are strategically and politically manipulated to be classified as north. There is no unity in Yorubaland. So, anybody pushing for the Oduduwa Republic is only pushing sentiments. If they get it, they will find it very difficult to unite. Oyo State has a common boundary with Osun State which includes a university, Ladoke Akintola University of Technology (LAUTECH). For the past 10 years, the university has known no peace because both states are at daggers drawn at each other. The institution is dying. If two states cannot run one institution, how can they run a government? There needs to be an inner transformation of our people. There is no leadership structure in Yoruba Land. People think Tinubu is the leader of the Yoruba, but he is not. He has no respect for the tribe. He has no ideological bend to lead anybody. He is the one that facilitated Buhari to get into power. How can he dare say he wants to contest for the presidency when the party he brought into power is destroying this country?  We have never had it this bad. Who are the leaders of Yoruba? I have always reminded them of Awolowo. They need to emulate him. We have no leaders like him, someone who has his acumen, charisma, and philosophical bend. They need to have all those things. Those who are clamouring for Oduduwa are clamouring because of sentiments. We need to navigate our way out peacefully because what happened to Biafra should not happen to Oduduwa. We should avoid conflicts for now. If in future we have an opportunity to have a roundtable discussion, then they can consider being on their own. But for them to say that they are going to fight for a breakaway, they don’t have it and it will be very difficult to run.

Does it seem the youth and others have found a leader in the likes of Sunday Igboho?

If there is someone to lead the people, it should be people with higher pedigree, not people who have only passion, which we commend. But they don’t have the intellectual acumen to spearhead the battle. Their records showed that they have brute force because of their home-base support, but that base can’t govern. This is exactly what happened in Liberia. Samuel Doe was just a sergeant who pushed but didn’t have the necessary dimension to lead. They should not start any fire that they cannot sustain and put everyone in trouble. Brute force is not what we need in this century when others are going to the moon and breaking new grounds.

Twitter removed Donald Trump and the world continued. If Buhari said anything that is against the Twitter community and they acted accordingly, that is a problem between him and Twitter. It is not a problem with Nigerians. You don’t disturb people’s freedom of communication. Communicating through Twitter is an individual right. He has cut people’s businesses and their social lives. The problem is that there are better things to cut off in this country, he should go and cut off banditry and Boko haram. It was not long ago one of his ministers was accused of supporting terrorism, he defended him and nothing has been done to it. I think that Buhari is trying to provoke this country. He wants to provoke this country into a crisis, but I have a message for him. He should know that the country has done so well for Buhari that he should not pay Nigeria back with a crisis. The worst this country can experience has been experienced in this regime. With all the brain drain this country is suffering, it is banning twitter that is the priority of this regime. It shows the level of awareness they have.

How can we alert the government to what the true problems of the country are?

Unfortunately, the pattern set by great African leaders has been reversed all over Africa today. Politicians are the same everywhere; many of them are a bunch of selfish rogues. Unless we have good leaders, calls for restructuring or break-up of Nigeria peacefully may not guarantee a better lot for the poor masses; it may just be replacing a set of foreign rogues with local ones. Most of our leaders at the moment, from local government to federal levels, have no ideologies, no sound educational erudition, no finesse of political charisma, no concrete developmental manifesto or agenda, no godly character nor integrity, no solid principles nor discipline. There are no more great thinkers and men of ideas in Nigeria. The authors of inspiring political ideologies are gone. We could count not less than ten books authored by Chief Obafemi Awolowo, a typical philosopher-King. Ditto Dr Nnamdi Azikiwe. Our leaders today are mostly ignorant, intellectually empty-headed, diplomatically oblivious and incoherent and they lack persuasive ideologies of their manifestos for governance. Eventually, they experiment with power, become tin-gods, unreachable by the poor masses, steal from the public treasury, squander the national wealth, they take foreign loans, incurring and leaving huge debts which they hardly ever pay back while in office. They empty government treasuries and leave huge debts for their successors. As a result, they inadvertently enslave and jeopardize the prospects of youths and the unborn generations.

Do you think restructuring can put the country on a hopeful path?

The regional structure that emerged in the First Republic, as well as the parliamentary system of the legislature, was an effective pattern of regional federalism that allowed each region to have a considerable amount of autonomy to determine their policies, governance, and economic advancements. We remain proud of the achievements of Chief Obafemi Awolowo-led Western Region which remain unsurpassed in Nigeria till date, talk of infrastructure development, housing estates, road network, free education, free healthcare, first television station in Africa, industrial estates, agricultural farms, etc. The unitary government and the military destroyed all that and forced the country into a Federal Government-dominated power structure, which has left states and local governments at the mercy of federal allocations. This is a very dangerous and lazy system whereby all parts of the country look up to Abuja for every important thing, feeding on oil drilled from the Niger Delta whose proceeds are shared and stolen by the others. The country is unfair to the Niger Delta area, which provides the main national wealth, which has been exploited to develop Abuja and other parts of the country, which contribute little or nothing to the national treasury. We abandoned other resources and neglected independent initiatives and development strides by the regions and states. We now have an ineffective civil service, an unproductive workforce, a compromised citizenry, and a preponderance of corrupt leaders at all levels.

Are these also the reasons insecurity has persisted?

The Federal Government’s singular control over the police and the armed forces have contributed to the on-going internal colonisation of other peoples by the Hausa –Fulani who deliberately, by design, have been appointed by the current president Muhammadu Buhari to dominate all vital organs of leadership including the Army, Police, Customs, DSS, Immigration, Judiciary at all levels, Finance, Internal Affairs, and so on.

The recruitment into the armed forces appears to have been compromised, as terrorists are feared to have infiltrated the ranks. With this dominance in the context of a much-suspected agenda of Islamization and Fulanization of the rest of the country, the stage is set for the oppressors to stifle any major opposition to this awkward structure of the country. With a compromised leader who is alleged to be the patron of the Fulani herdsmen terrorizing other localities, the criminals are protected, unprosecuted, and armed with AK 47 wantonly, while the government issues directives dispossessing other legal possessors of arms to surrender them to the government. This seems like a deliberate disempowerment of the other nations in favour of the Fulani expansionists who parade themselves and violate the peace, lives and rights and sanctity of other peoples with impunity. The nation is on edge at the moment, sitting upon a keg of gunpowder, which may explode at the slightest spark.