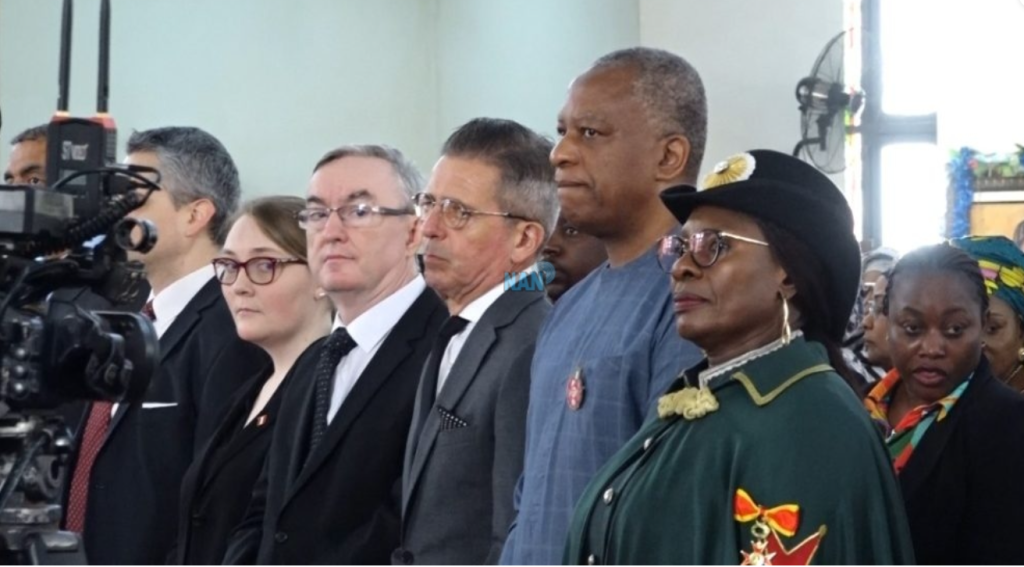 The Catholic Archbishop of Abuja Archdiocese, His Grace Ignatius Kaigama has described late Pope Emeritus Benedict XVI as a humble follower and lover of Christ. 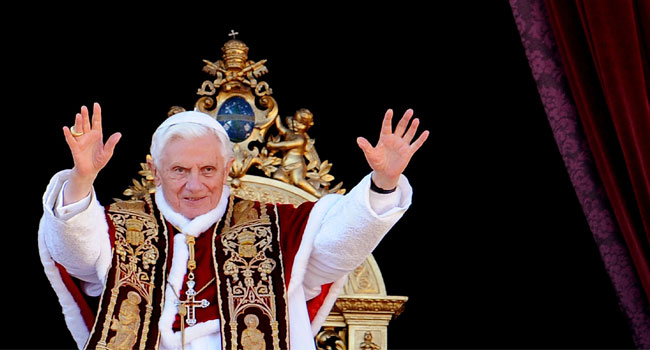 He stated this at a requiem mass in honor of Pope Benedict at the Our lady Queen of Nigeria Pro-Cathedral Abuja on Thursday.

The News Agency of Nigeria (NAN) reports that the late Pontiff, Born Joseph Ratzinger, died on Dec. 31, 2022, in Vatican at the age of 95 after resigning on health grounds a decade ago.

Kaigama said the Pope’s death is a reminder that we belong to Christ and our request to return to him can be any time.

He said the church was consoled that the pope lived a long prayerful and productive life.

The cleric outlined lessons to be learned about the life and times of the pope to include, including his focus on bringing God back to the center of all human endeavor.

“He also addressed the need to purify the church and ourselves.

“He hated and discouraged bribes; he faced up the issues of immorality-sexual abuse, abortion, homosexuality.

Monsignor Antonio Guido- Filipazzi the ‘Apostolic Nuncio’ to Nigeria and other Clergies during mass.

” He stressed the importance of interreligious and intercultural dialogue. He worked to build bridges between Christianity and other faiths.

“The Pope was interested in a true meaningful dialogue and unity of the church.

“The pope showed interest in dialogue and econiumcum of the church

” After his surprise resignation, Benedict the 16th was only known to have left the Vatican briefly and was rarely seen in public.

” He had a very cordial relationship with other church leaders,“he said.

Kaigama said that the pope loved and promoted unity and peace in African countries through prayers and encounters.

“He lived a commendable, exemplary, and God-centred life, “he said.

Archbishop of Abuja Archdiocese His Grace Ignatius Kaigama in an interview with newsmen.

In his remark, President Muhammadu Buhari condoled the Vatican, Clergies, and Catholics over the Pope’s death and described him as a true servant of God.

The President was represented by the Minister of Women Affairs, Dame Pauline Tallen.

“I hope he will be remembered as a true servant of God, who lived in humility and peace.

” I pray God to accept his soul whom he lived to serve all his life,” he said.

Also speaking, Monsignor Antonio Guido- Filipazzi the ‘Apostolic Nuncio’ to Nigeria, thanked all laymen and clergies who had come to sympathize with the church.

“I thank the Archbishop and Bishops Emeritus, John Cardinal Onaiyekan,Clergy, Nigerian leaders and authorities, members of the diplomatic corps who have come to express their condolences to the Holy See.

“To be a Pope has a great responsibility and we need to pray for God’s mercy on the soul of the faithful departed, “he said.

Other Christians, who expressed their sympathy, said the late Pope lived a fulfilled life.

” For me Pope Emeritus Benedict XVI was a quintessential servant of God on earth.

“I easily saw him as a world-class theologian, he represented a lot and I can further here describe him as an epitome of the church’s institutional memory.

” I also saw Pope Benedict as a man of God who came and redefined the process of peace-making.

Rev. Fr Patrick Alumuku, Director of Communications, Catholic Archdiocese of Abuja said” Pope Benedict the XVI was a gift to the church and to the world”.

“He was a great theologian and a great intellectual.

” One of the greatest intellectuals the church had in our own time.