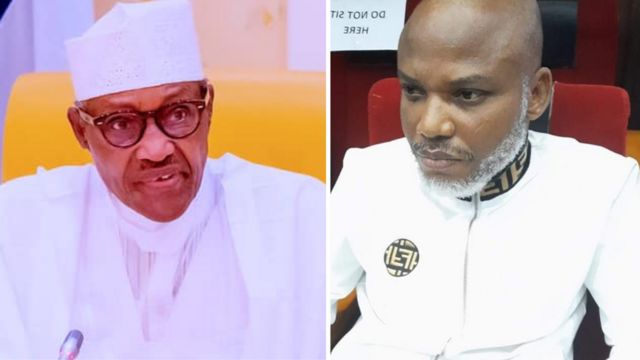 Aloy Ejimakor, Special Counsel to Nnamdi Kanu, leader of the Indigenous People of Biafra, IPOB, has called for the release of the pro-Biafra agitator 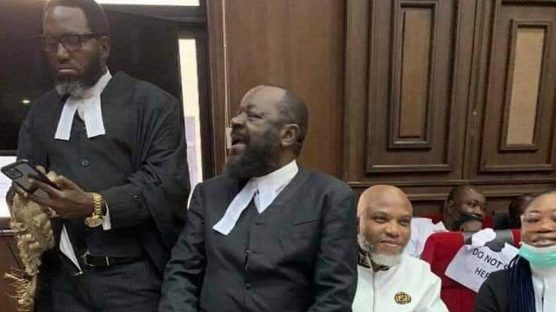 Ejimakor urged the international community and influential Nigerians to persuade the Nigerian Government to comply with the Appeal Court order and release Kanu.

Referring to a call by a former United States, US, Ambassador to Nigeria, John Campbell, Ejimakor recalled the number of times the Nigerian Government failed to heed calls and court orders for Kanu’s release.

In a statement, Ejimakor recalled how Campbell warned that the Nigerian Government can’t afford further mishandling of Kanu’s case in the interest of the country’s security.

He wrote: “Following the extraordinary rendition of Nnamdi Kanu last year, John Campbell, the former US Ambassador to Nigeria cautioned in a tweet that Nigeria cannot afford any more ‘mishandling’ of the matter of Nnamdi Kanu for the sake of safety and security of the nation.

“Nigeria’s disobedience of a 2018 decision of a continental tribunal on Kanu was the first ‘mishandling’. The extraordinary rendition was the second. Putting Kanu on trial was the third. Disobeying the United Nations was the fourth. And the likelihood of disobeying the judgment of the Court of Appeal will be the fifth.

“Nigerians of means and influence, and the international community to intervene in persuading Nigeria to promptly comply with the court order which discharged Kanu from all the criminal charges pending against him.”

Last week, an Appeal Court in Abuja discharged and acquitted the IPOB leader of the terrorism charges leveled against him by the Nigerian government.

Despite the court ruling, the Attorney General of the Federation, Abubakar Malami, had said Kanu would not be released due to some upcoming charges.