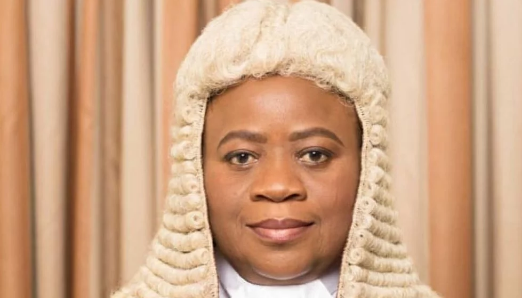 President Muhammadu Buhari has nominated Justice Monica Dongban-Mensem as President of the Court of Appeal.

Buhari sent Justice Dongban-Mensem’s name to the Senate for confirmation as President of the Appeal Court.

This was disclosed in a series of tweets by Buhari’s Senior Special Adviser on Media and Publicity, Garba Shehu, on Monday.

According to Shehu, Buhari’s action was in line with his constitutional responsibilities.

“Justice Dongban-Mensem is a serving Justice of the Court of Appeal and was recommended, as is the practice, by the National Judicial Council for the nomination by the President.”

Shehu had yesterday disclosed that Dongban-Mensem has not been appointed as the substantive president of the Court of Appeal due to security screenings.