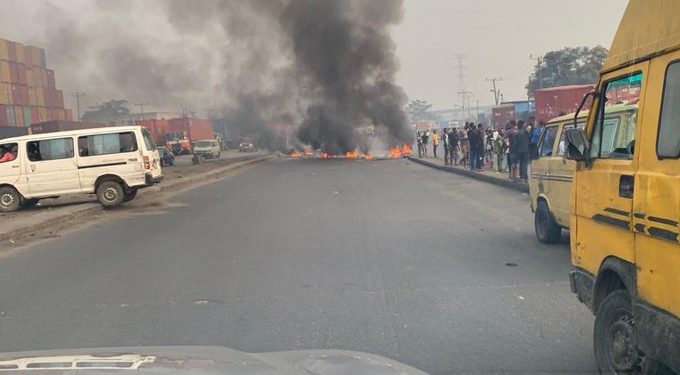 Police operatives and commercial motorcyclists known as Okada are engaged in a clash in the popular Iyana-Ipaja bus stop, Lagos.

Our correspondent witnessed the policemen firing at the hoodlums, who retaliated with stones and other dangerous weapons.

It was gathered the clash was not unrelated to the ban on Okada from highways in some parts of Lagos.

Some of the hoodlums have been arrested with passers-by subjected to routine security checks.