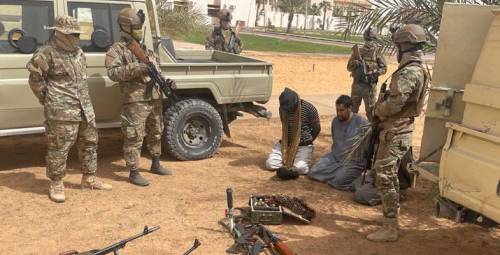 ISIS has made incursions into Africa, especially through the Islamic State in West Africa Province (ISWAP), a splinter of Boko Haram, which has affiliation to it.

This development seen as a major win against the war on terror was stated by Libya Review on Sunday.

ISIS has made incursions into Africa, especially through the Islamic State in West Africa Province (ISWAP), a splinter of Boko Haram, which has affiliation to it.

According to the DCAF (Geneva Centre for Security Sector Governance), ISWAP is growing in power and influence.

It says, “From its territorial base on the banks and islands of Lake Chad, this jihadist group is waging a guerrilla war across north-eastern Nigeria and elsewhere on the lake’s periphery.

“By filling gaps in governance and service delivery, it has cultivated a level of support among local civilians that Boko Haram never enjoyed and has turned neglected communities in the area and islands in Lake Chad into a source of economic support.

“If Nigeria and its neighbouring Lake Chad states want to sever the bond between ISWAP and these communities – and they should – then they cannot stop with countering ISWAP in battle. They will need to complement military action by filling the service and governance gaps that ISWAP has exploited.”