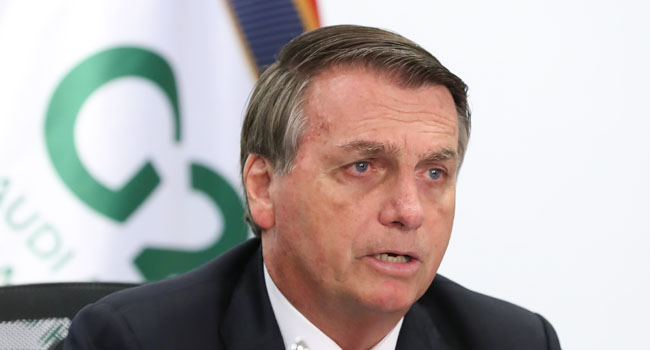 The decree goes into effect immediately but must be ratified by Congress in order to become law. It aims to combat “the arbitrary and unjust deletion of accounts, profiles and content by providers,” the federal communications secretariat said.

Far-right leader Bolsonaro, who has himself had content removed from his social media accounts for spreading disinformation about Covid-19, says that the suspension or removal of accounts and content that various platforms have subjected him and some of his supporters to is “censorship.”

The new provision establishes a series of hypotheses for which there would be “just cause” to remove content or suspend users — such as committing crimes or inciting violence — and imposes new rules for platforms to do so.

“This provisional measure significantly hinders our ability to limit abuse on our platforms,” a Facebook spokesperson told AFP. “We agree with legal experts and specialists who view the measure as a violation of constitutional rights.”

Alessandro Molon, an opposition politician and rapporteur of Brazil’s bill of rights for the internet (MCI), said he was preparing legal action to overturn the presidential decree.

“Its objective is not to protect freedom of expression, the MCI already does that,” Molon said. “What (Bolsonaro) wants is to prevent the disinformation and hate speech that he and his supporters disseminate from continuing to be removed from the platforms.”

Bolsonaro announced the decree on the eve of Brazil’s Independence Day, when his supporters are set to take to the streets of major cities throughout the country.

Tensions are running high, as anti-Bolsonaro protests have been planned in the same cities, and clashes between the groups could occur.

With polls putting Bolsonaro on track to lose badly to leftist ex-leader Luiz Inacio Lula da Silva in next year’s presidential elections, the ex-army captain is hoping to use the rally to energize his supporters.