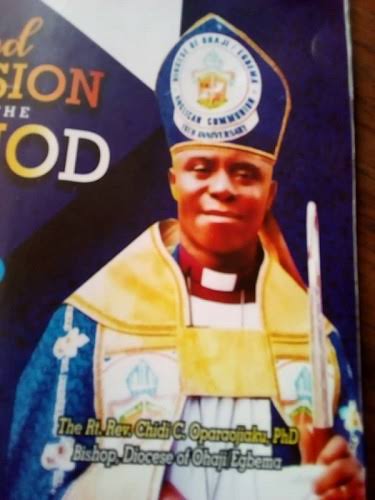 The Anglican  Bishop of the Diocese of Ohaji/Egbema. Rt. Revd Chidi Collins Oparaojiaku has announced the abduction of the Chancellor of the diocese Justice Nnenna Oti.

He has therefore called for prayers in all Churches of the Diocese and beyond for the  safe release of the Chancellor from her abductors .

Justice Oti who was a former Chief Judge of Abia State and currently the Chancellor of the Anglican Diocese of Ohaji/Egbema in Imo State was abducted on Saturday at Orlu in Imo State while on her way to Anambra State.

In a statement issued on Sunday by the  Missioner called on member of parishes under the Diocese to commence an intercessory prayers for the safe release of the Chancellor of the Diocese from her kidnappers.