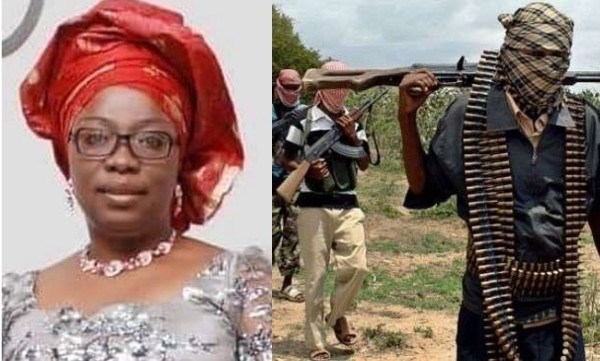 wife-of-the-Anglican-bishop-of-Ikeduru-Diocese-Mrs.-Anuri-Maduwuike-
Share
Facebook Twitter LinkedIn Pinterest Email WhatsApp
Gunmen, who abducted the wife of the Anglican Bishop of Ikeduru Diocese in Imo State, Anuri Maduwuike, had set her free.
Less than 24 hours after Primate Ndukuba declared Fasting and Prayers for the Nation and especially for the release of the wife of the Bishop of Ikeduru Diocese in Imo State, Mrs Maduwike who was kidnapped the second time last Friday at Ehime Mbano.
God answered prayers as Mrs Maduwike came out of the den of the kidnappers early this morning to the Glory of God.
The good news was confirmed to ACNNTV by The Archbishop of Owerri Province, The Most Rev. David Onuoha in a telephone call put through to him today.
“God answered our prayers and she was released unhurt. She has been reunited with her family. It was not a happy moment for the Church of God. The diocese was in a sad mood until she was released.”
Mrs Maduwike was first kidnapped in August 2019  at Ekemele while she was going home from Owerri, but was let go three days later by her abductors.
Celebrate God that answers prayer!!!
Ikeduru Diocese Mrs Maduwike Owerri Province
Share. Facebook Twitter Pinterest LinkedIn Tumblr Email WhatsApp