Banditry, herdsmen crisis: How Nigeria is walking another dangerous road to abyss 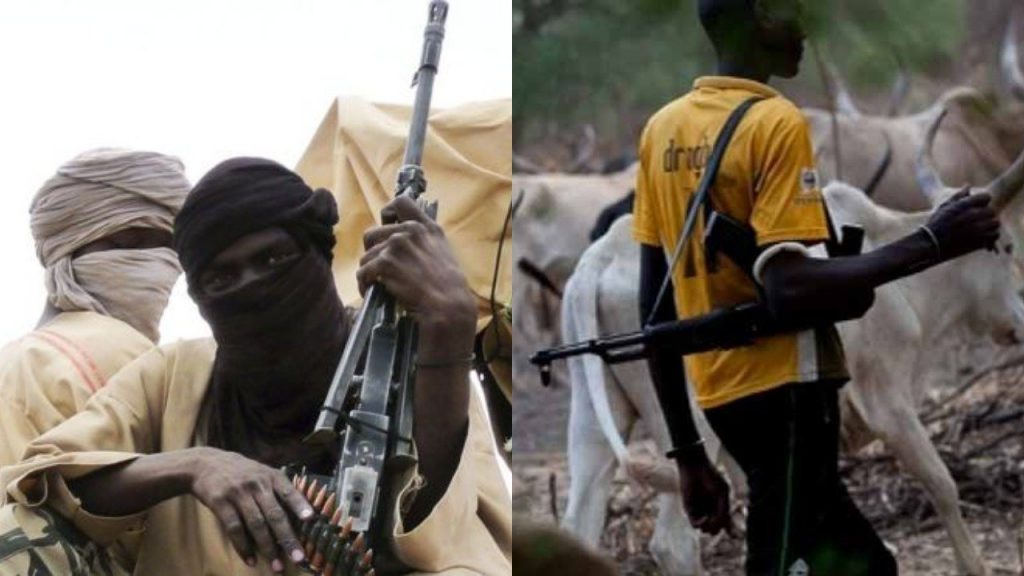 On February 4, 2021, the nation was assaulted with vital reports and images of a meeting respected Kaduna based Islamic cleric, Sheikh Ahmad Gumi had with heavily armed bandits in Zamfara forests.

While on the face value, the cleric can be commended in making moves aimed at preaching peace to the bandits, the images that followed the reports were not just disturbing but equally alarming. The bandits, brandishing automatic weapons, were reported to have complained about how their people, Fulani are being treated by the Nigerian government.

A statement by the media aide to the Zamfara State Governor, Malam Salisu Hassan on the meeting, said: “When engaging with the bandits, the Commanders confessed that peace would not be achieved until the authorities stop hunting Fulani.

“The Fulani are tired of living in the forest but they are worried on how everybody is turning against them.”

With the above statement, the debate on the identities of bandits and criminal herdsmen, who have lately turned the heat on Nigerians all over the country, may have been laid to rest!

Aside the meeting Gumi had with the bandits, there have been reports of heavy movements of Fulani herdsmen in different parts of the South-West and the North-Central, many of them armed.

A report on Tuesday revealed that a truck load of Fulani herdsmen were intercepted at Iwo Road, Ibadan, the Oyo State capital. According to the report, the Oyo State Amotekun corps intercepted the truck, and during searches, about 80 herdsmen with bows and arrows and daggers were discovered.

The report, however, disclosed that the travelling herdsmen were handed over to the police in Ibadan where they were cleared and escorted outside Oyo State for their onward trip to Lagos and Ogun States.

In Kogi State, videos have emerged online showing the arrival of herdsmen and their families, who are already setting up their makeshift houses in bushes in the Ijumu Local Government Area of the state, to the trepidation of locals, who say they are already afraid of what may befall them because of stories they have heard from other places and their own experiences in the hands of herdsmen.

Nigerians, no doubt, cannot forget in a hurry the origin of the Boko Haram insurgency. The insurgency started as an Islamic sect by a preacher, Mohammed Yusuf in Maiduguri, the Borno State capital.

Though the ominous signs that the group was teetering towards extremism, especially with their known opposition to western education, the then government, in the state, chose to patronize the sect obviously for political gains, until it became a major threat.

An attempt by the state government to act, rather too late, led to what has become a major war the country has contended with for over a decade!

For many Nigerians, they exists a similarity between the early days of the Boko Haram sect and the current banditry and Fulani herdsmen crisis.

At the beginning, Boko Haram, despite their strange ideology, was courted by the Borno state government to the point of being allocated a Commissioner’s slot in the state cabinet. This is akin to the way some state governments in the North-West have been going cap in hand to negotiate with the rampaging bandits. Unfortunately, Zamfara and Katsina states, with their adoption of negotiations with the bandits, have not fared any better!

There are fears that what is currently going on is more of a continuation of the jihad carried out under Othman Dan Fodio of the Sokoto Caliphate.

According to a public affairs analyst, Dayo Orilowo, as different parts of the country continue to be under attack from bandits and herdsmen, who have come to be identified as Fulani, it is safe to conclude that what is going on is a continuation of the abandoned jihad of the 18th century.

“Check what is ongoing, bandits terrorising the North-West and the North-Central have been identified as Fulani. The farmers, herdsmen crisis has been squarely located at the doorsteps of the Fulani. Meaning the Fulani, though a small ethnic group of about 14 million people, is currently at war with the rest of Nigerians. Why?

“Are the bandits in the North-West and the North-Central also looking for where to herd their cattle? Or do the communities they attack brazenly and the people, including school children they kidnap for ransom also part of the herding business?

“The earlier we recognise what is going on, the better for Nigeria. In the South-West, one thing you keep hearing is communities saying they have lived with herdsmen for decades without any trouble. What is happening now that the tension is so high and that the fear of Fulani is now the beginning of wisdom?”, Orilowo asked.

He also contended that though the Fulani elite may not readily admit to it that there is an ambitious territorial expansion project that is going on, provocative statements by the Miyetti Allah leaders should leave no one in doubt.

“What do you make of utterances such as ‘every land in Nigeria belong to us’ or that ‘herdsmen are free to graze their cattle anywhere they choose’, without anyone having the right to stop them. That should tell you that there is an active agenda going on, which many Nigerians have failed to recognise. It is no longer farmers, herdsmen crisis, it is a Nigerian crisis that may likely consume Nigeria if care is not taken.’’

Many Nigerians have accused the Nigerian government, especially the Presidency of aiding and abetting the criminal actions of Fulani herdsmen. According to them, the herdsmen became emboldened since President Muhammadu Buhari took office as President.

While one might want to doubt if the Presidency can actively support or collude with the murderous bandits and killer herdsmen just because they belong to the same ethnic group as President Buhari, actions, inactions and utterances from the presidency and its functionaries tend to justify what many Nigerians have come to see as the truth!

Press statements and live appearances by the spokespersons of President Buhari tend, always to justify the actions of the herdsmen and present them as the victims rather than the aggressors.

Speaking on the lacklustre attitude of the Federal Government as represented by Buhari, a security expert, Adebayo Adealu believes that the silence and inaction of the presidency on the atrocities being committed by the Fulani in different parts of the country, is responsible for the current level of their brazen criminality.

“There are no two ways to look at this; the presidency or the President is complicit in the current spate of insecurity in the country as perpetrated by his kinsmen, the Fulanis. We keep hearing of attacks in Southern Kaduna every now and then, in Katsina State, with mind-blowing and daring feats in kidnapping in hundreds, killings, looting and kidnapping in Zamfara and parts of the North-Central, purportedly perpetrated by Fulanis in the name of banditry and nothing drastic has been done till date to put an end to it.

“You have reports of killings daily, kidnapping and rape in the South-West, South-South and the South-East by the same Fulani under the guise of herding and when the locals react, the same locals, who are victims are harassed by security agents who were never on hand to defend them from their aggressors. The Inspector General of Police, Mohammed Adamu could order the arrest of a Sunday Igboho but could let a Fulani kingpin, Iskilu Wakil, who has been terrorising the Ibarapa area of Oyo to keep roaming around and carrying on with his criminal activities.

“You have a presidency who could be so efficient and fast in chastising a state governor, whose only crime is to make an order for the good of his people, but will never find the courage to condemn the atrocities of bandits and herdsmen and give the security agencies deadlines to rein them in. What more evidence do we want in concluding that there is the possibility of collusion?”, Adealu asked.

What Amotekun, ESN, Others stand for in Nigeria

When governors of states in the South-West came up with the idea of Western Nigeria Security Network, codenamed Amotekun because of the growing insecurity in the region, opposition came from, not just the Federal Government but also almost all the social-cultural and political groupings in the North.

For these groups, the South-West was only preparing the ground for a regional force that would aide its breakaway from Nigeria.

However, these same security initiative is in the forefront of the fight against criminal herdsmen that have been terrorising the zone.

For the South-East, the proscribed Indigenous People of Biafra (IPOB) floated what it called the Eastern Security Network (ESN). Though the ESN does not have the official seal of the political leadership of the zone, it is instructive to note that the ESN is currently putting up resistance to the herdsmen scourge.

What does this resort to regional security initiatives and in most cases, self-help as exemplified by Sunday Igboho and his followers mean?

Mr. Adealu, a security expert believes it is a dent on the image of the nation’s security agencies and the greatest testimony of their failure.

“That different states in the country are now setting up their own security agencies to tackle widespread threats is an indictment on the security agencies and the Federal Government which wholly controls them. It is a testament to their failure and the inability to perform their constitutionally assigned role in the Nigerian federation.

“Even more dangerous is the resort to self-help by the people. Sunday Igboho is a creation of the ineffectiveness of our security agencies and the Federal Government. What they do not know is that there are so many dangers inherent in these developments. The possibility of Amotekun, ESN and even Sunday Igboho and his followers becoming ethnic militias or an alternative army is high if the current situation persists”, Adealu said.

A political commentator, Edwin Pam, is of the opinion that the Federal Government must find a political solution to the current situation before things get out of hands.

Pam Said: “While I support calls for the bandits and killer herdsmen to be decisively dealt with, I also believe a political solution is needed. This does not include the amnesty or compensation Sheikh Ahmad Gumi is calling for, but for the Federal Government, especially the Presidency to come out clear and show that it is not on the side of the criminals.

“Opinions are divided and they are rightly so. The bulk of the job is on the shoulders of the President. He must show, not just Nigerians but the world that he does not support the activities of these criminals. That way, he can gain back the confidence of the people while he works with the state governments to clear the states of the criminals.”

Pam, however, insisted that whatever route the government decides to take, it must not make the mistake of offering them amnesty or offering any form of compensation, warning that it would only breed another set of monsters!