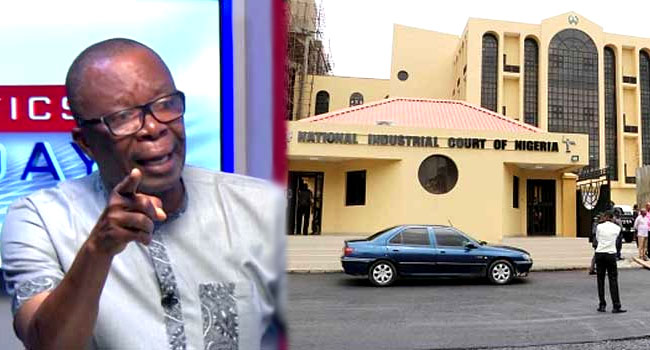 The Academic Staff Union of Universities (ASUU) has reiterated its willingness to call off its eight-month strike, expressing optimism that the ongoing talks between the Presidency and the House of Representatives leadership will yield positive results

Counsel for ASUU, Femi Falana, stated this in a chat with Channels Television after the Court of Appeal in Abuja ordered the striking lecturers to resume academic duties.

Falana said he will advise his clients accordingly once the certified true copy of the court order of last Friday has been made available to him.

Lecturers of public universities have been on strike since February 14, 2022, over poor welfare and unpaid Earned Academic Allowance.

After unfruitful negotiations between ASUU and the Minister of Labour and Employment, Chris Ngige, the appellate court on Friday ordered the striking lecturers to resume duty immediately.

Meanwhile, Speaker of the House of Representatives, Femi Gbajabiamila, on Friday said the country would soon hear from President Muhammadu Buhari on the protracted ASUU strike.

Gbajabiamila, who met with the President at the State House for the second time in one week over the ASUU strike, said discussions with the President were fruitful, adding that Buhari would make known his decisions to the public after reviewing the lawmakers’ recommendations.

During his budget presentation speech at the National Assembly earlier on Friday, Buhari said a total of N470 billion has been earmarked in the 2023 budget for revitalisation and salary enhancements in the nation’s tertiary institutions, addressing some of ASUU’s main demands.