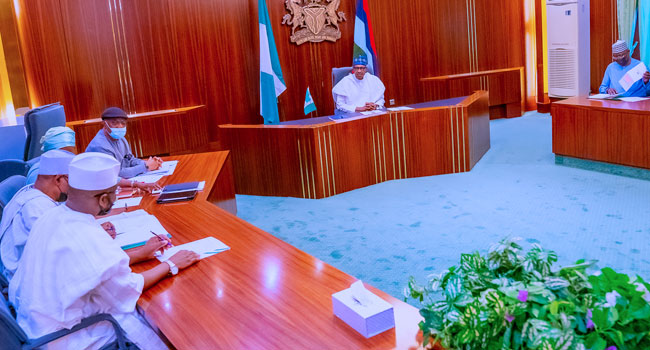 The Presidency says there was no time President Muhammadu Buhari gave an ultimatum to the Minister of Education, Adamu Adamu, to resolve the prolonged strike by the Academic Staff Union of Universities (ASUU) and others in the nation’s public universities.

Garba Shehu, the Senior Special Assistant to the President on Media and Publicity, made the clarification in a statement on Wednesday while giving an insight into discussions at the meeting held the previous day.

He said Adamu requested that the Minister of Labour and Employment, Chris Ngige, hands off the negotiation to allow him to conclude what he had started with the striking lecturers.

“The outcome of the meeting held by President Muhammadu Buhari on Tuesday with relevant Ministries, Departments, and Agencies (MDAs) to end the agitations by university unions ought to be beyond spin-doctoring and conjectures,” said the President’s spokesman.

“It is a pity that almost all media houses allowed themselves to be deceived by interested sources that are not the authorized spokesmen of government. Neither during nor after the meeting was an ultimatum given to the Minister of Education.

“During the meeting, the Minister of Education requested that the Minister of Labour hands off the negotiation to allow him to lead and conclude what he had earlier on started with the Academic Staff Union of Universities (ASUU).”

Channels Television had reported a meeting between the President and relevant government Ministries, Agencies, and Departments (MDAs) where he received briefings on the current face-off with the university unions, among other issues.

While this platform reported that President Buhari directed the education minister to proffer a solution to the challenge and report back to him in two weeks, some online news outfits said Adamu was given an ultimatum to resolve the dispute.

Shehu, in the statement, added that the education minister promised that he could get an agreement within the shortest possible time, probably two to three weeks.

The Presidency, according to him, is confident that agreements can be reached in an even shorter period if all parties do not remain obstinate.

“In carrying out this assignment, the Minister will carry along all relevant ministries and agencies with statutory functions and duties relating to the issues involved,” the presidential spokesman said.

“On the part of the administration, all doors remain open for dialogue and the resolution of the issues.”