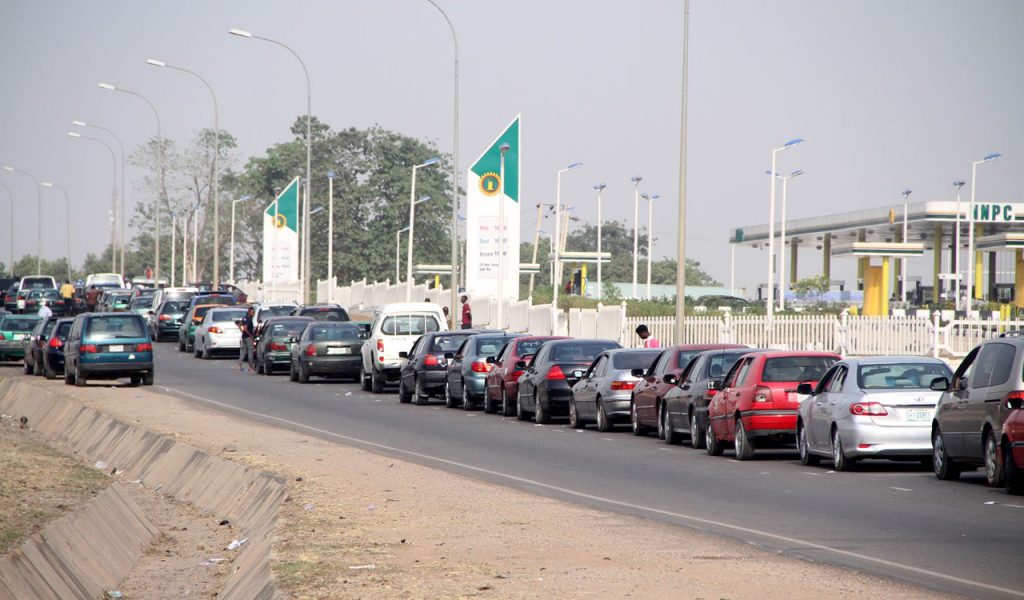 The Nigerian National Petroleum Corporation (NNPC) and the Independent Petroleum Marketers Association of Nigeria (IPMAN) have cautioned motorists against panic buying as fuel queues returned in Abuja and Lagos over the weekend.

THISDAY gathered that many filling stations were not selling petroleum products in Abuja and environs at the weekend, blaming rising depot price and lack of access to petrol due to new payment rules by the Petroleum Products Marketing Company (PPMC) a subsidiary of the NNPC, for the development.

Pockets of queues were also observed in a few filling stations in Lagos.

THISDAY checks revealed that some of the marketers, who were selling at N162 per litre, have now raised their petrol prices to between N165 and N170 per litre, in defiance of the directive by the NNPC that there would be no increase in petrol price in February.

Some of them, while displaying N162 per litre on their bill boards were selling above this price.

Aside from the NNPC, retail stations and some major marketers did not open for business in Abuja, leading to queues at the few petrol stations selling to customers, a development which started on Friday evening.

When contacted, the NNPC spokesman, Dr. Kennie Obateru, told THISDAY that the corporation is still standing by its last public statement that it has enough supply, noting that there is no need for panic buying or hoarding of products.

Although the NNPC stations within town still sold for N162 per litre, some of the independent retailers which managed to get the product were selling petrol between N163 and N170.

But at A.A. Rano, Jabi and Gwarinpa, the product was still selling for N163 per litre while queues were observed at Oando filling station, Zone 4; Conoil, Wuse; Eterna, Wuse 2; Mobil, Lokogoma; NNPC, Major oil, Jabi; Optima Energy Jabi, and some other stations.

National President of the Petroleum Products Retail Outlets Owners Association of Nigeria (PETROAN), Dr. Billy Gillis-Harry, however, blamed the rising depot price and lack of access to the product as the cause of the scarcity.

He told THISDAY that he had raised the alarm about three weeks ago about the impending fuel scarcity when it became almost impossible to get the product at the going depot rate.

He stated that the depot owners hiked the product price, making it impossible for filling station owners to sell at N162 or N163.

He said: “We already saw this coming three Fridays ago. To make matters worse, PPMC has changed their payment style which is very inefficient. That’s why you are seeing what you are seeing. And the government will tell you they have supply. But where is the supply?

“It’s really a shame because this is something that was foreseeable and we could have resolved it. Labour is not the right association to discuss petroleum products issues with. They have no knowledge of the dynamics of the grassroots of this business.”

He noted that while the government is still selling products at N148.69 at the government depots, the retailers cannot get access to buy because they have to go through an inefficient system of qualifying to pay for it online.

He added that for that reason, the retail outlets still depend on the private depots to source products, stressing that after sourcing at an exorbitant rate, it’s impossible to sell at N163.

He said: “It’s only the few filling stations that are accessing the product from depots that are getting it. And they are not many. Out of every 10, just two have access. If they go to the depot with N5 million to N7 million and it’s now over N8 million where will the rest come from?”

“We have said let’s have a business meeting with PETROAN which represents over 100,000 filling stations. They can’t continue to play politics with the lives of Nigerians,” he posited.

The National Public Relations Officer of IPMAN, Alhaji Suleiman Yakubu, gave the advice in an interview with the News Agency of Nigeria (NAN) on Sunday in Abuja.

Yakubu was reacting to the long fuel queues recorded at some filling stations in Abuja.

He decried the panic purchases and long queues in various filling stations across the nation’s federal capital.

Yakubu, however, said that crude oil price had gone up, adding that it has affected the products price.

He assured Nigerians that normal supply of petroleum products would soon be restored since loading has commenced at various depots.

“We want to assure the buyers that government and marketers are doing everything possible to ensure that the products are available in every filling station within a few days starting from today,” he said.

In March last year, the federal government said it had begun the execution of a deregulation policy which would ensure that petrol prices are determined by market forces, one of which is the international price of crude oil which has recently climbed to $66 per barrel.