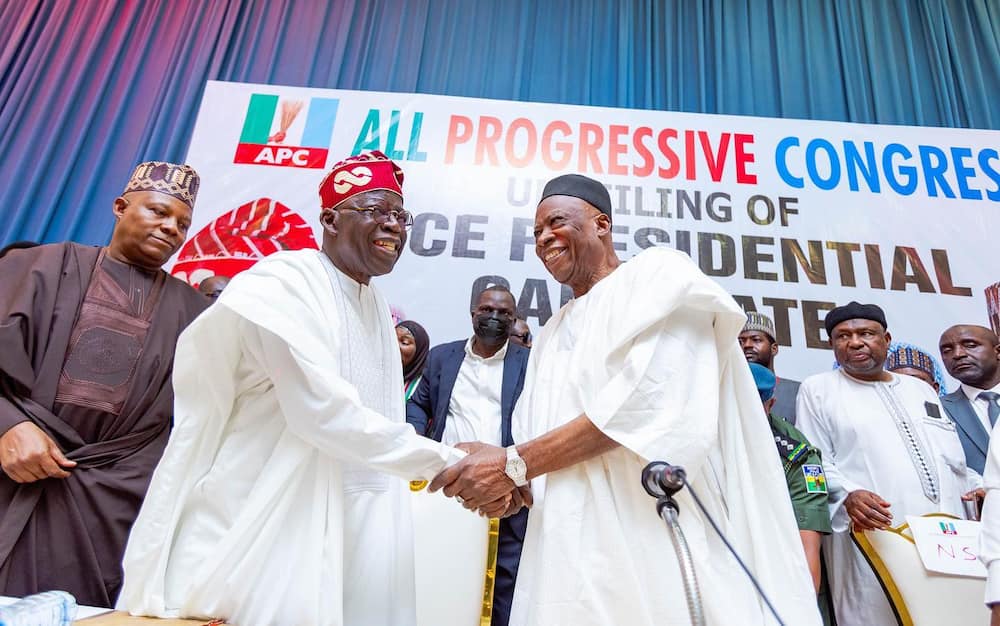 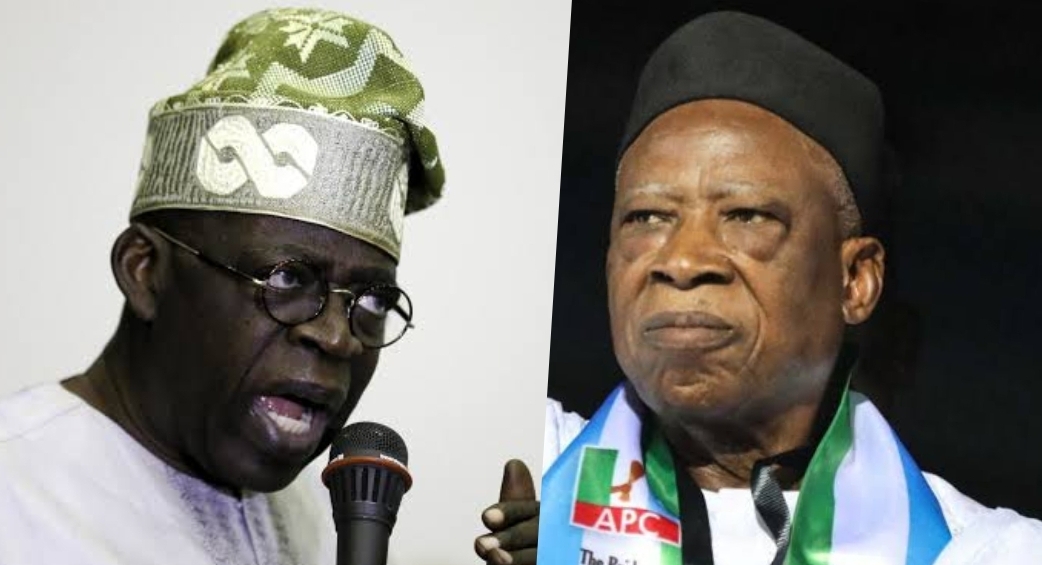 Tinubu had on Friday unveiled a 422-man committee comprising political heavyweights and other notable members of the party to pilot the various sub-committees of the campaign council.

However, days after releasing the list, Tinubu’s campaign council postponed its inauguration to accommodate other interests and stakeholders within the party.

Presidential Candidate of the

On behalf of the National Working Committee (NWC) of the All Progressives Congress (APC), I present my compliments to Your Excellency, and have the honor to convey to you, in truth and respect, the Committee’s opinion and position, regarding the above-mentioned subject matter, with a view to having a clear understanding about the respective roles and responsibilities of the principal organs of the Party charged with the duties of conducting the campaigns in the forth-coming general elections.

This correspondence has become necessary in view of developments that took place over the last few days around the purported appointments into the Presidential Campaign Council (PCC) that were announced precipitately by officials of the Council, without making recourse to the NWC for approval. All along, the NWC had been disposed towards the campaign in a cooperative spirit that is driven by the overall interest of the Party and the singular desire of victory for our candidates, in the persons of your esteemed self and your running mate.

It is against this background that the NWC received with astonishment and regret, the press release by the PCC on 23rd September 2022, in which a purported list of appointees was announced, which effectively served as the approved roster of participants in the Party’s Presidential Campaign Council. The purported list not only came as a complete surprise to the NWC and the Party’s leadership, but also contravened the principles and purposes of the arrangements that you and I had led towards the adoption of the Organogram of the PCC, and its principal officials.

Perhaps it has become necessary owing to the passage of time, that I should draw Your Excellency’s attention to the agreements that we reached in principle around the final adoption of the PCC list, based on the understanding that it was a work in progress, until such a time that the Joint NWC/PCC Committee that was established to formalize the structure and populate the list, submits its report.

Your Excellency will no doubt recall our meetings in my office and also at the NWC Conference Room at the Party’s National Secretariat, on Wednesday, 7th September 2022, during which we discussed the details of the Organogram of the PCC and its composition, as a collaborative project between the two entities. Our recollection of those meetings clearly leaves us in no doubt that a breach of agreement has occurred, and that a return to the principles of cooperation and respect for each other is required.

In Your Excellency’s own words, which I take the liberty to quote here, which I also hold dearly, you stated that “there is a burden on everyone’s shoulders towards delivering the elections to the Party and the candidate”. This has been the view of the NWC and myself all along since Your Excellency’s emergence as our Great Party’s Flagbearer. The NWC is striving under trying circumstances to keep faith with this vision, and to take our Party and candidates to victory, not only in the Presidential elections but in all others across the elective strata of offices.

May I, therefore, point out to Your Excellency, that winning election is a cooperative as well as a collaborative effort, that is done in a transparent and disinterested manner by all parties concerned, by respecting established boundaries and acknowledging the contributions of everyone. The NWC believes that any sign of disarray in the Party’s ranks will undermine the spirit and ethos of the campaign and give an undue alarm to faithful members and followers of the Party across the country.

At the same, such a development would undoubtedly come as “Manna from Heaven” for the opposition parties, whose only desire when all else fails, is to see the introduction of rancor, division, and disinclination in the leadership of our Great Party. I am sure Your Excellency will agree with me that this is an eventuality that we must do all in our power to prevent from happening. You will also agree that we owe it a duty as leaders to provide guidance by example to the rest of the Party including the PCC, to abide by agreements and adhere strictly to the work ethos that has been adopted by all of us. It is only by doing so that we will establish the premise for victory and gain the trust and confidence of our dear countrymen and women.

Without further admonishment or complaints, I wish hereby to call upon Your Excellency to restrain the PCC from undertaking solo projects of this nature and agree to work with all stakeholders towards taking our Party to victory.  I shall not find it necessary to reiterate the importance of the Party in the overall scheme of things in these campaigns, and the singular position of the NWC in driving the process towards our securing of victory in the polls.

It suffices for me to convey the general and overwhelming sentiment of the NWC with regards to the ill-timed and unfortunate release of the PCC list, which confounded rather than pleased the members and whose withdrawal will assure the NWC of Your Excellency’s respect and disposition towards the Party, as well as the magnanimous spirit of cooperation towards achieving victory together with the NWC.

Please accept, Your Excellency, my own personal regard and consideration, as well as the assurances of the NWCs’ warm and sincere felicitations.