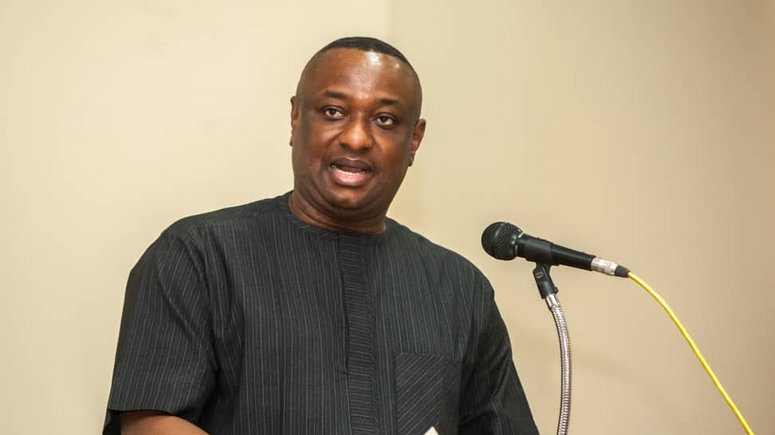 The Minister of State for Labour and Employment, Festus Keyamo, has warned the All Progressives Congress (APC) of imminent legal tussles if Governor Mala Buni of Yobe State remains its interim leader.

The minister, also a member of the party, in a leaked memo released on Wednesday, said the “unity” in the party may be short-lived if the party went ahead with its planned congresses under the leadership of Mr Buni.

Hinging his reasons on the split decision of the Supreme Court to uphold Rotimi Akeredolu as Governor of Ondo State earlier on Wednesday, the minister said the APC escaped potential defeat due to ‘little technicality’ which may not be applicable in subsequent court cases.

Four out of the seven-member panel apex court dismissed the appeal of Eyitayo Jegede, the October 2020 Governorship candidate of Peoples Democratic Party (PDP) in Ondo, to remove Mr Akeredolu as the elected state governor.

In his reaction to this judgement, Mr Keyamo said the ruling party would have lost the case if Mr Jegede had joined Mr Buni in the suit.

“The little technical point that saved Gov AKEREDOLU was that Jegede failed to join GOV. Mai Mala Buni in the suit. Jegede was challenging the competence of Gov. Mai Mala Buni as a sitting Governor to run the affairs of the APC as Chairman of the Caretaker Committee.

“He contends that this is against Section 183 of the 1999 Constitution which states that a sitting Governor shall not, during the period when he holds office, hold any other executive office or paid employment in any capacity whatsoever. In other words, had Buni been joined in the suit, the story may have been different today as we would have lost Ondo State to the PDP,” he noted.

Mr Keyamo said the technicality found therein in the judgement may string chains of suits from APC members to question the legitimacy of the 13 month old interim leadership of Mr Buni to organise congresses and national convention.

He highlighted the continuous leadership of the Yobe State governor as a breach of Article 17 of the APC Constitution, adding that the party should stop its proposed congresses by the former’s leadership or risk imminent division.

“The planned Congresses across the country slated for this weekend must immediately be suspended because it will be an exercise in futility as analysed above. The competence of Gov. Mai Mala Buni to organise the congresses has been called to question by the Supreme Court,” he said, calling for an urgent NEC meeting to appoint new interim leadership, anyone holding any executive position in any government establishment.

“Alternatively, the Board of Trustees of the Party, which includes Mr. President, can be activated to organise a National Convention in line with Article 13 of the APC Constitution where it is given such powers. Those powers can be delegated at the meeting to a Committee in line with the APC Constitution which will run the Party and plan the Convention. The new Exco can then plan for Congresses,” he added.

Aside Mr Buni, both the governor’s of Osun State Isiaka Oyetola and Sani Bello of Niger State representing the South-west and North-central zones respectively, are the other incumbent governors named among 13-member caretaker committee.

The committee was appointed in June 2020 following the controversial removal of Adam Oshiomhole-led executives.

However, Mr Keyamo’s leaked memo was received by PREMIUM TIMES a few hours after the inauguration of the APC congress committees for all the states of the federal at its headquarters in Abuja.

At the event expected to set in motion plans for its July 31 Wards Congresses, the party’s congress committees were represented by their respective State Committee Chairmen while Mr Buni was represented by the APC interim National Secretary, John Akpanudoedehe.

In his address, Mr Akpanudoedehe said the outcome of party unity depends on the outcome of the congress and urged the committees to encourage consensus candidates.

“The unity of our party also depends on the outcome; and the outcome essentially depends on your supervision of the issues and the overall conduct of the Exercise.

“Do not forget that the CECPC reserves the power to recall the team, or any of its members whose conduct is below expectation; afterall, he who hires, can also fire.

“You’ve been urged to encourage consensus arrangements, where possible,” he said at the inauguration ceremony earlier on Wednesday