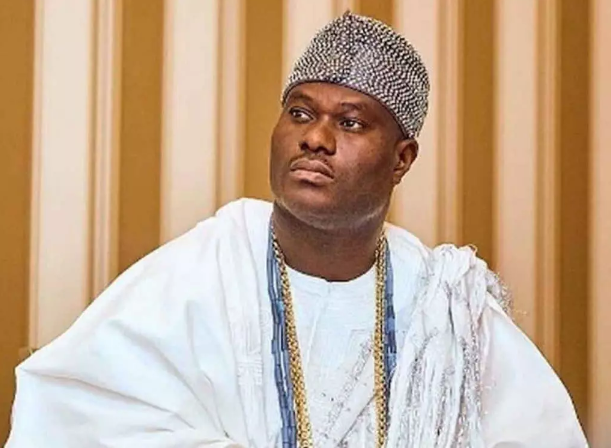 The Ooni of Ife, Oba Enitan Adeyeye Ogunwusi, on Thursday warned personnel who will be working with the new security outfit, Western Nigeria Security Network (WNSN), popularly known as Amotekun, not to betray the interest of Yoruba land.

Ogunwusi gave this warning during the launching of Amotekun by the governors of the South West region.

At the launching held in Ibadan, the Oyo State capital were Governors Rotimi Akeredolu of Ondo State, Seyi Makinde of Oyo State and Kayode Fayemi of Ekiti State.

It will be recalled that the six governors from the zone; Rotimi Akeredolu (Ondo) Seyi Makinde (Oyo), Gboyega Oyetola (Osun), Babajide Sanwo-Olu (Lagos) and Kayode Fayemi (Ekiti), had last year agreed to establish Amotekun, aimed at strengthened the security situation in the six states of the region.

But, Ogunwusi while speaking at the launching, called on those that would be working as personnel of the WNSN not to betray the region on the ideal behind the setting up the security outfit.

Ogunwusi said that the governors in the region have done their best and it was left for the personnel and the citizens of the region to work together for the success of the security outfit.

He added that all the traditional rulers in the region were in support of the new security outfit.

Ogunwusi said, “All the traditional rulers are in support.

“The federal government is not oppose to it, let all and sundry support it for peace to reign in the region.

“The success of this security outfit will be of benefit to the present generation and the generation yet unborn.”

Akintoye in his remarks said that the Yoruba people did not know how to tackle it’s security challenges when it first started and many people suffer for it.

He added that the governors and the people of the region have now risen to the challenges and are acting credibly in tackling it.

“The people that will work in the Amotekun are going to be train properly by higherly educated people for them to relate properly with the police and the army.”

National Public Relations Officer, Vigilante Group of Nigeria, Professor Nelson Fashina, said that his people are properly fit to the security outfit because they understand the terrain of the region.

Fashina said that the group is capable of taking up the challenges of community policing.