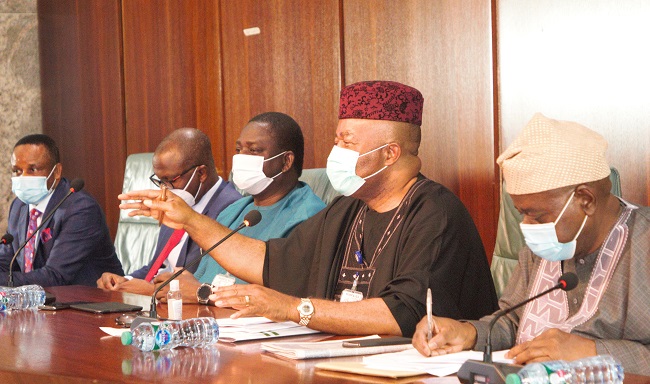 International Oil Companies (IOCs) operating in the Niger Delta have defaulted to the tune of over $4 billion in their statutory remittance to the Niger Delta Development Commission (NDDC).

The IOCs are required to provide 3 per cent of their annual budgets to the commission, but according to the Minister of the Niger Delta Affairs, Senator Godswill Akpabio, none of the IOCs has paid so far.

He said the commission on its part owes contractors about N3 trillion, noting however that not all contracts awarded with costs can be regarded as debt.

According to him, the over N600 billion of emergency contracts that had been awarded had not been implemented and cannot, therefore, be regarded as NDDC debt.

Giving updates on the progress in the commission, he said about 109 have been implemented in states in the Niger Delta.

Akpabio also remarked that the NDDC diverted the sum of N10 billion from other projects to execute the East-West road in view of its critical importance to the people of the region.

He revealed that he had written to President Muhammadu Buhari to include the project in Sukuk Fund so that it can be ready for commissioning during the lifespan of the present administration.

According to him, about N45 billion is needed to complete the road project.