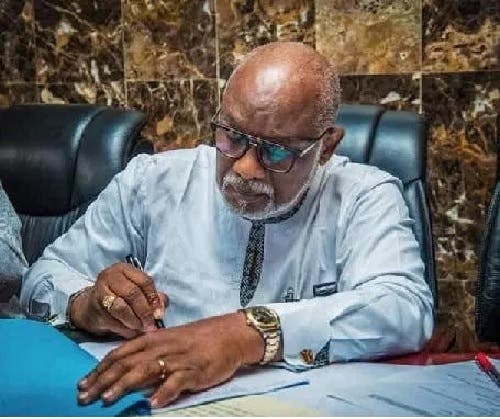 Justice Inyang Ekwo of the Federal High Court, Abuja, on Thursday barred the governor of Ondo State, Rotimi Akeredolu from investigating the Chief Judge of the state over a viral video made by a citizen of the state, Olupelumi Fagboyegun.

The Ondo State Chief Judge, Justice Oluwatoyin Akeredolu, had sued the Governor, the Attorney General of Ondo State and the House of Assembly seeking to stop them from proceeding with the planned probe, and equally bar the AGF, NJC and the IGP from acting on any report submitted to them by the Ondo State government pending the determination of the main suit.

Recall that Justice Ekwo had, on February 25, 2021 restrained the governor and all the defendants from taking any further steps in relation to the alleged probe of the state chief judge over the viral video.

The judge gave the order in a ruling on an ex-parte application filed by Justice Akeredolu.