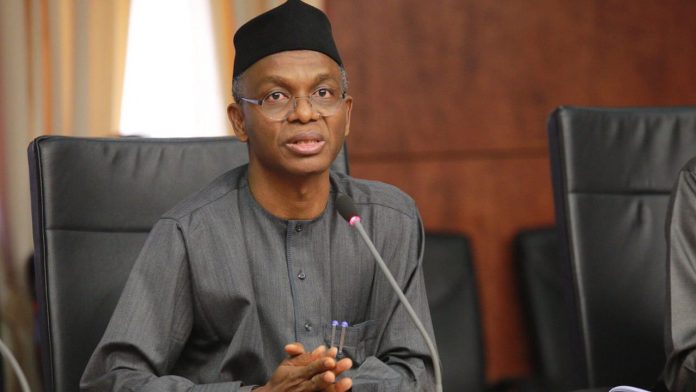 Shettima, who spoke exclusively with Newspot Nigeria, made the remark while condemning the governor for saying the Southern part of Nigeria should be allowed to produce the country’s next president.

El-Rufai had said the North had no justification to hold onto power at the end of President Muhammadu Buhari’s second tenure in 2023.

The governor had stressed that the South should be allowed to produce the country’s next president in the interest of justice, equity and fairness.

However, Shettima stressed that the governor was only pursuing his selfish interest.

He maintained that El-Eufai’s comment was not in the interest of the North.

According to Shettima: “El-Rufai is just a governor and a mere politician who is ever ready to bargain for what he feels will represent his individual and personal interest.

The AYCF President General stressed that El-Rufai’s statement was not a reflection of the North.

He cautioned Nigerians against absorbing declarations of politicians without proper scrutiny.

Shettima added: “For us Northerners he remains a governor, his decision does not in any way reflect the interest of the North even in Kaduna he won’t get one-third. His statement holds no water and it represents his personal interest.

“You know due to his character of desperation, he is ever ready to bargain and that is why if a politician comes out to make any statement look at it thoroughly you will realise that it’s his personal interest.”

He expressed the belief that the governor was going about justling for the position of the Vice President because he’s not popular in the North, even in Kaduna.

“He is probably going around behind the scenes now negotiating to be Vice President of the country considering the fact that he may not be the popular candidate from the North. If the North is to produce candidates for the presidency, El-Rufai is not among the first 10 we are considering. He has probably realized that his chances are slim and narrow so he is ever ready to negotiate and make it looks like he is more accepted in one part of the country so he is willing to go around side by side whoever emerges from the South.

“I can see his body language that whoever he thinks it’s going to work with is completely doomed so whoever he thinks will consider him to be Vice President is just wasting time and whatever he says does not represent the interest of Northerners and it can never be.

“What do you expect from a sinking boat who has lost the goodwill of his people can’t go for third term as governor, as a result, he is desperate to remain in political office, hence he is ever willing and ready to bargain against the collective interest of his people because he’s desperate to hold the political office of the vice president and unfortunately for him he is not that popular so whoever considers him as Vice President should know his picking a product that is not sellable in the North. El-Rufai is a sinking ship that can only fall anywhere just to survive.”