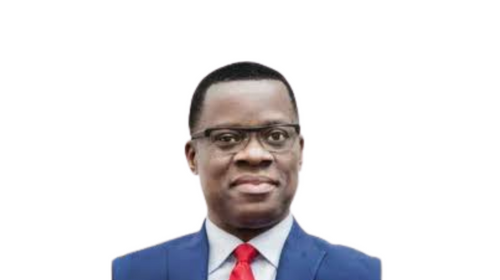 The former REC made this known during the 2023 election town hall organised by the Abuja leadership centre, a centre of excellence in public governance set up by the Tertiary Education Trust Fund at the University of Abuja.

According to a statement made available to our correspondent on Wednesday, the town hall was organised to deepen the political participation of young Nigerians by providing them with the necessary training required for leadership.

Speaking at the event, Igini said, “There will be a major paradigm shift in the 2023 polls as voters now have the ultimate power to determine winners of the election.

“INEC has designed a system that has brought power to the people, that is why many politicians are now afraid.

“The introduction of a Bimodal Voter Accreditation System in the conduct of elections will curtail rigging and other forms of voting manipulations by politicians.

“The amended Electoral Act proscribes severe punishment- a prison term of not less than one year or N10 million fine for electoral official that attempts to change election results.”

Also quoted in the statement, the vice-chancellor of the University of Abuja, Professor Abdulrasheed Na’allah said, “This Centre of Excellence on Public Governance and Leadership has given us the opportunity to help develop leadership for this nation.

”We are now committed totally as a university to change the cause for this nation. You know, when people say their problem is not money but how to spend it, we must teach Nigeria how to spend money, how to make decisions, how to select leaders who are ready”.

Speaking further, the don cited the example of Singapore which got it right on the leadership recruitment system which catapulted it from a third-world country to a first-world nation within a short period of time.

On the 2023 general elections, the Vice Chancellor called on young people to participate fully in the process, adding that the Abuja Leadership Centre’s decision to organise the townhall would go a long way to address the issue of political apathy among young Nigerians ahead of the 2023 polls.

“The Centre is bringing people of thought, people who are articulate, who constantly have been discussing this and allowing us to talk about it in an environment where our young people are seating, because they are the future of us.

”They will begin to imbibe this and they will also begin to ask questions. We want Nigerians to be asking these questions. Is voting the end of the story? Or voting and seat there and proudly say- I am standing and seating by my vote?” He said.

On his part, the Director of the Centre, Professor Philip Afaha, said the town hall purposely targeted young people in order to boost their participation in the next year’s elections and subsequent electoral processes in the country.

His words, “The objective of organising this town hall is to educate the public and not just the public but the young public. The University is predominantly peopled by young Nigerians and they have the right to know what will be happening in the country by February and March next year.

“We are approaching a very significant phase in our nation which has to do with electing those that will be in charge in the next four years. It is important to educate young minds because these are people that are disengaged from the leadership system and establishment.

“Election is very important and cannot be left in the hands of politicians alone. They (young ones) must know the technicalities, BVAS, transmission of results, how voting is to be done.”