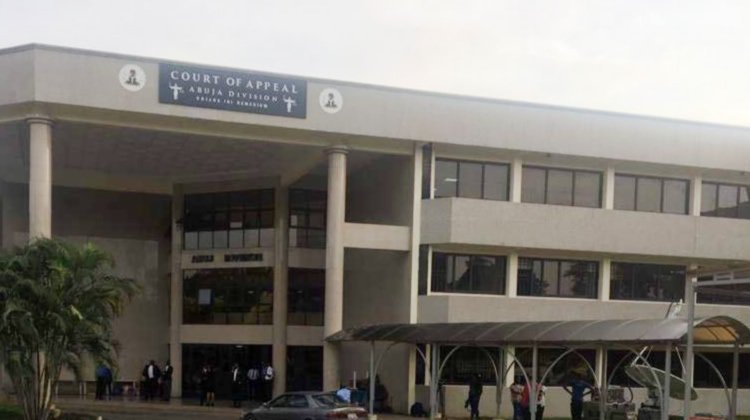 Court of Appeal, Abuja
Share
Facebook Twitter LinkedIn Pinterest Email WhatsApp
More than 1,000 criminal and civil cases at various high courts in the country are expected to start afresh following the elevation of 18 judges to the Court of Appeal.

It was gathered that among those whose cases were affected were those facing high profile fraud charges.

It was reported that in the past, judges, who were elevated to the Court of Appeal were – based on the Administration of Criminal Act – were given fiat to continue sitting on criminal cases that had reached a substantial level at the high court.

However, in May 2020, the Supreme Court in the case of former Governor Orji Kalu nullified Section 396(7) of the Administration of Criminal Justice Act, 2015, which made it possible for the Justices to continue handling the cases after their elevation to the Court of Appeal bench.

Based on the judgment, the cases being handled by the newly elevated judges will now have to start afresh.

Checks by the media showed that the average judge had between 200 and 300 cases pending as of the time they were elevated to the Court of Appeal.

Two registrars, who spoke to our correspondent on the condition of anonymity, said over 1,000 cases would be affected.

One of the registrars said that the judge he was working with had about 200 cases.

“My lord stopped sitting immediately his name was announced in April. He had about 200 cases which will all have to start de novo. I am aware that some judges wrote judgments but were not able to deliver them. I believe the judges who will replace them may just adopt the judgements if they agree,” he said.

Another registrar said his boss had 300 pending cases when he was elevated and they would all have to start afresh.

“There is a case that started in 2006. The judge that was handling it was elevated and it was handed to my lord. Now that my lord has also been elevated, the case will have to start de novo a second time,” he said.

Speaking with our correspondent, Mr Rotimi Jacobs (SAN), who prosecutes high profile cases on behalf of the police and the Economic and Financial Crimes Commission, said about five of his own cases would be affected by the elevation of the judges.

He, however, added that the elevation of judges could affect over 1,000 cases

Jacobs stated that the best way to avoid such was to ensure a constitutional amendment such that cases would not be affected by the elevation of trial judges.

“We have proposed that Section 356(7) of ACJA should be put into the constitution. In other jurisdictions, what they do is that if you want to elevate a judge, let him be aware at least six months prior. Let the CJ be aware so that new cases will not be assigned to that judge and you give him six months to conclude on cases that have gone far but nobody is listening.”

On whether the cases that would be affected would be over 1,000, Jacobs said, “That is true. None of those judges is handling nothing less than 300 cases.”

Also speaking, human rights lawyer, Mr. Femi Falana (SAN), said the number of cases that would have to start afresh may be about 2,000.

“There is no judge in Lagos that doesn’t have at least 300 pending cases. So, if 18 judges are being elevated, you should be talking about over 2,000 cases being affected,” Falana argued.

The activist advised the judiciary to fix the issue by ensuring that once the process of elevation of judges has begun, the NJC should give the judges six months to complete their cases and then backdate their promotion when they are inaugurated as substantive appeal court judges.

The Spokesman for the Chief Justice of Nigeria, Ahuraka Isah, said he did not know how many cases would be affected by the elevation of judges. He, however, said there was nothing anyone could do because the law had to be obeyed.

Isah said the 18 judges who were inaugurated on Monday ought to have been sworn-in since April but because of the need to conclude certain cases, the CJN, Tanko Muhammad, delayed their inauguration.

He said the best way to address the challenges emanating from the elevation of judges would be through a constitutional amendment.

“These judges were supposed to have been sworn-in during the court workers’ strike. A day before their swearing-in, the EFCC chairman met with my lord to explain that some of their cases were due for judgment and if they were sworn-in, the case would become functus officious like Orji Uzor Kalu case.

“This was why their inauguration was delayed and the affected judges were able to deliver judgment. We may have to amend the constitution. There are things that happen naturally and there is nothing you can do. We cannot say the judges should not be elevated.”