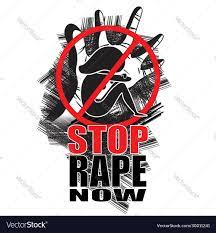 The Lagos State Government, through its Domestic and Sexual Violence Response Team (DSVRT), has handled 10,007 domestic and sexual violence cases in two years.

Chairman of DSVRT and Lagos State Commissioner for Justice and Attorney-General, Mr Moyosore Onigbanjo, disclosed this on Wednesday at a press conference in Ikeja to commemorate the Domestic and Sexual Violence Awareness Month.

He said the recorded domestic, sexual, gender and non-gender based violence cases were perpetrated against adults and children.

Onigbanjo disclosed that since May 2019, the DSVRT attended to an average of 150 new cases monthly, adding that the team provided a coordinated response and created unprecedented levels of collaboration among professionals working to end sexual and gender-based violence in the state.

“Under Governor Babajide Sanwo-Olu’s administration, DSVRT has received a total of 10,007 reported cases which include domestic violence and sexual violence perpetrated against adults and children,” said the commissioner.

“Also, a total of 2,980 children have experienced emotional abuse (that is these children have been exposed to domestic violence within the home). Some of these children had been taken through counselling programmes, to ensure they were able to psychologically deal with the events they had witnessed, without it having a permanent and negative impact on them.”

Onigbanjo also disclosed that DSVRT has witnessed an increase in reporting of cases from other states, mostly from Ogun and Oyo State.

According to him, a total of 526 cases occurred outside Lagos in the past two years, and such cases were promptly referred to the relevant agencies in their respective states.

The attorney-general informed reporters that the Office of the Public Defender, Lagos Public Interest Law Partnership (LPILP), as well as the International Federation of Women Lawyers (FIDA) provided free legal representation to 188 survivors of domestic violence.

The team, the DSVRT chairman noted, provided services to 10 Persons with disabilities who were experiencing one form of gender-based violence or the other in 2021.

He explained that such reports were escalated to the police and the Chief Coroner of Lagos State, for a coroner’s inquest to be conducted with a view to ascertaining the cause of death, the outcome of which would greatly strengthen the case of the prosecution.

Onigbanjo added that prosecution was ongoing in three of the cases, while the remaining two suspects were on the run.