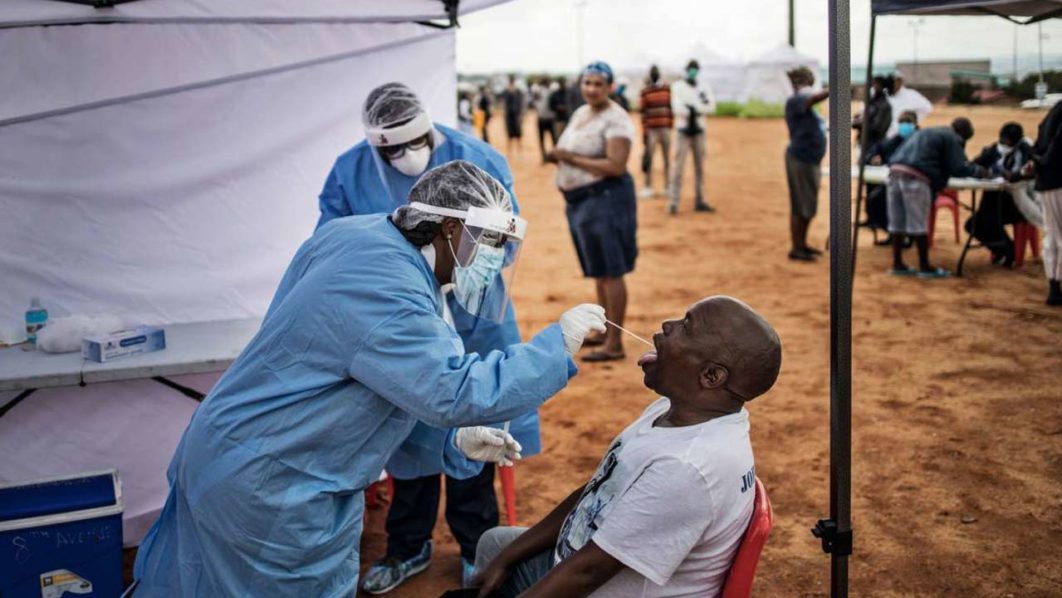 One hundred days after Italian contractor on February 27, 2010 became the index case of Coronavirus disease (COVID-19) in the country, Nigeria became the third African country to record over 10, 000 cases of the dreaded virus.

Nearly 4, 000 patients have so far recovered and were discharged, while over 330 deaths have been recorded.

However, despite these limitations, some experts still believe that the country has made progress in the management of the pandemic, especially after it initiated the National COVID-19 Multi-sectorial Pandemic Response Plan, which is developed around 10 pillars viz scaling up surveillance; testing; isolation; contact tracing; infection prevention and control (including protection of medical staff); case management of critically unwell COVID-19 patients; risk communication and community engagement; research and emergency preparedness; security and logistics for mass care, and coordination, and resource mobilisation.

With the multi-sectorial response plan in place, the Federal Ministry of Health (FMoH), through the Nigeria Centre for Disease Control (NCDC) activated a national Emergency Operations Centre (EOC) at the highest level. The EOC, is leading the national public health response to the pandemic in the country, with state EOC’s leading efforts at the state level. The NCDC is also working closely with state governments of all affected states, through the deployment of the national Rapid Response Teams (RRTs) to support response activities including contact tracing.

Several measures have equally been instituted by the Presidential Task Force on COVID-19, together with the FMoH all in a bid to curtail the spread of the disease, and to protect Nigerians.

“At the commencement of testing for the pandemic, the exercise was done in about three or four sites across the country, but now, we have about 30 testing sites. To build this kind of capacity in 100 days is huge, and we must commend the NCDC. This development in such a short time is because of the seriousness of the NCDC, and the Federal Ministry of Health.”

On why the number of positive cases was galloping across the country, he said the worrisome scenario is because “our testing capacity has continued to improve. That is simply the reason that we have more cases. There’s also the possibility of community infection, but there’s no need for people to panic. We just need to obey instructions by the NCDC, and gradually it will come down.”

Regarding the new guidelines for the treatment of COVID-19 patients, which provides that a negative test will no longer be required to discharge a patient, he said, “in the management of COVID-19 cases, Nigeria has been following science in taking decisions. For example, at the beginning of the pandemic, not much was known about the virus because it’s a novel virus. Then, it was two negative tests before discharge. Now it’s just 10 to 14 days of treatment and a patient would be discharged. This creates more room for isolation. In the beginning, we could keep a patient at the isolation centre for 30 days because they have not tested negative twice, but now science has improved findings. So, even if the test is positive after 10 to 14 days, there is no benefit keeping the patient at the isolation centre because they are no longer infectious. This is evident to me because I have worked with Lassa fever patients and it’s the same thing.”

The Irrua Specialist Hospital’s CMD commended the PTF on COVID-19 for the daily briefings describing it as “very commendable. The message being passed on social distancing, wearing of facemasks, avoiding crowded places, the lockdown of states, and all other measures are very positive, and the response has been fantastic.”

On the rising number of deaths, as well as the nearly 4, 000 cases that have so far recovered, Okogbenin expressed the belief that things would only get better as long as the country was applying the World Health Organisation (WHO)-approved protocols.

The Director General, Nigeria Institute of Medical Research (NIMR), Prof. Tunde Salako, agrees with Prof. Okogbenin that things would only get better.

According to Salako: “Nigeria has done well so far in containing the virus. We have been able to ramp up testing, leading to the identification of more cases. More isolation centers have also been created and states seem to have taken over in terms of case management. Non-pharmacological measures have been appropriately deployed, while the fallout have been taken care of. We are now easing all lockdown measures in order to bring back full economic activities.

“Also, mortality has been kept as low as possible while we fight the current community transmission. Now, we need massive awareness programmes to be owned by community leaders, and we need gatekeepers to assist in doing this.”