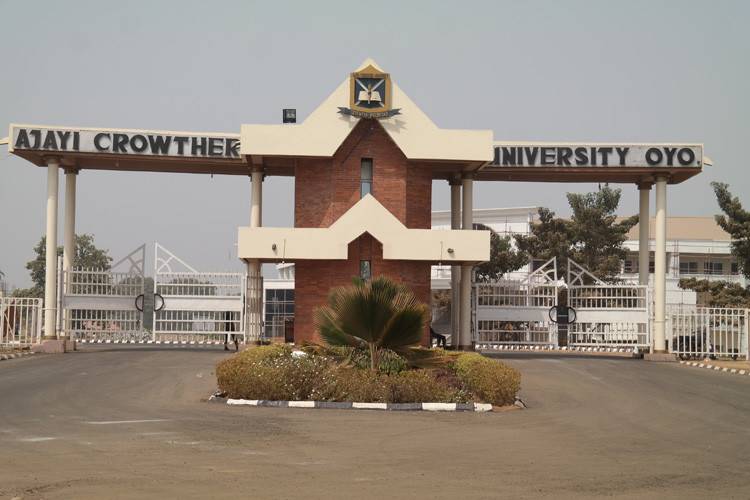 The Chairman of the Board of Trustees of Ajayi Crowther University, Oyo, Emeritus Professor Ayo Banjo, has expressed his desire to ensure that the recommendations of the visitation Panel, currently working in the University, is implemented.

He stated this on Monday when he inaugurated the Panel at Modupe and Folorunso Alakija Law Auditorium in the University. Emeritus Professor Ayo Banjo, who has been a pivotal figure in the affairs of Ajayi Crowther University, having been the immediate past Chairman of the Governing Council, told members of the Panel not to shy away from stating the ills of the University, insisting that the Board of Trustees, which set up the Visitation Panel, is serious about it, and is ready to do its best in implementing the recommendations of the panel.

‘Please tell us the things you discover while examining the University. Tell us as it is, do not hide anything’ He said in his speech, the Pro- Chancellor and chairman of the Governing Council, Chief Wole Olanipekun (SAN), expressed delight at the calibre of people who make up the Panel, and stated his belief that they would do a thorough job.

‘ You are all members of the Anglican Communion, and this is your University. I plead with you to give of your best in this job so that your University will be able to witness progress in the next level of development.’ Olanipekun said at the inauguration ceremony.

Shortly after the inauguration, the Panel took the submission of Chief Wole Olanipekun wherein appealed to the panel to look into sources of funding for the University, and examine the law that established the University. He said the University law needs to be reviewed in line with current realities. He also urged it to take a second look at the ownership of the hostels with a view to recommending a change in the ownership structure.

After taking the submission of Chairman of the Governing Council, the Panel and members of University Management paid a courtesy visit to the Alaafin of Oyo, His Royal Majesty, Oba Lamidi Adeyemi , the traditional ruler of Oyo. The Vice- Chancellor, Professor Timothy Adebayo led the delegation while the Registrar, Dr. J.E.T. Babatola, facilitated the introduction and purpose of the visit. The chairman of the Panel, Professor Jide Alo, gave an address wherein he told the Alaafin that the Panel decided to pay him a courtesy visit on the day of its inauguration as the landlord to the University. The Oba, in his response, expressed delight at the visit and told the Panel that he is happy with the University because it has contributed to the growth and development of Oyo town. He appealed to the Panel to do a good job, and arrive at recommendations that would take the University to a new height.

‘ I hope that you will perform very well and submit a good report. The people put in charge of the University are doing their best. The first Teachers Training College in this part of Nigeria, St. Andrew’s College, was cited in Oyo.
It has now turned into the first University in Oyo. I have visited ACU several times. I am happy with the University and we shall continue to support it.’ Oba Adeyemi said.

Members of the University Board of Trustees who were present at the inauguration include Senator (Prof.) O.O.Osumbor, and retired Justice Babajide Ogunade, Secretary to the Board of Trustees.