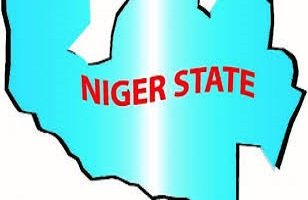 Following renewed attacks by armed bandits, people in some of the security-challenged villages in Rafi Local Government Area of Niger State are allegedly fleeing from their homes.

They were seen along with their children in their numbers with loads on their heads entering Tegina, a neighbouring community.

They decried the incessant attacks unleashed by bandits on their communities as well as the state government’s inactions over their plights.

In the past week, over two persons were killed, 20 persons kidnapped and many others injured along with several food items and properties destroyed by bandits in Rafi LG.

Some residents of Tegina said the fleeing villagers are asking from the state government for a place to set up a camp where they can take refuge pending when the security situation improves in their communities.

It was learnt that critical stakeholders are presently holding meetings over the security situation in the affected areas and how to tackle the security challenge.

Confirming the development in the area when contacted, the Director-General of the Niger State Emergency Management Agency (NSEMA), Alhaji Ibrahim Inga, said residents of the affected areas are running away from their communities for safety.

He explained that steps are being taken by the state government to ensure that the people have succour from the constant attacks by bandits.