Uzodinma’s Govt Is APC In Name, PDP In Structure —Okorocha 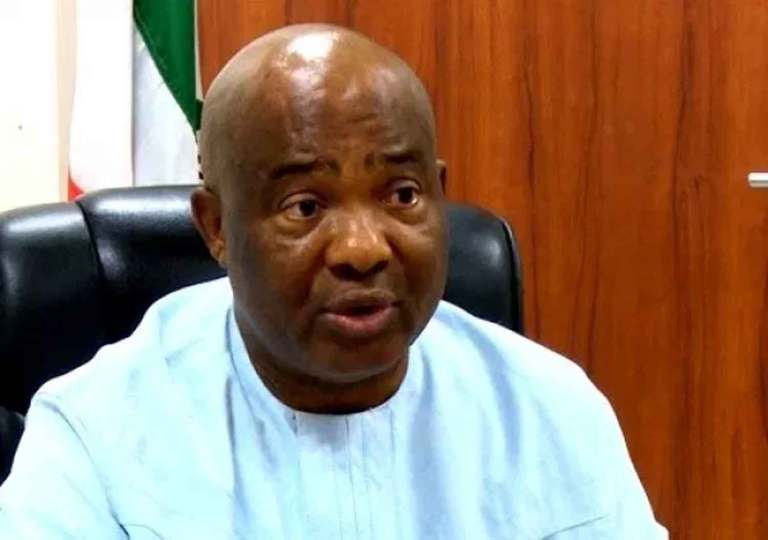 A former Governor of Imo State, Rochas Okorocha on Monday labelled the administration of Governor Hope Uzodinma as All Progressives Congress (APC) in name but Peoples Democratic Party (PDP) in structure.

The former governor, who also accused Governor Uzodinma of sidelining all key APC stakeholders in the state, insisted that his government is being controlled by the PDP.

Accusing the governor of not appointing any key APC stakeholder to his cabinet, Okorocha wondered why Uzodinma of the APC has refused to disband probe panels set up by the PDP administration of Emeka Ihedioha to investigate Okorocha’s APC administration.

The former governor stated these in a statement by his media aide, Sam Onwuemeodo, while reacting to Uzodimma’s statement that he fell out with Okorocha for refusing to grant his request to dissolve the probe panels

Okocha, who said he had gone to court to challenge the probe panels, insisted that Uzodimma was inventing problems where they do not exist.
The statement said: “The Economic and Financial Crimes Commission (EFCC) cannot be probing him on issues contained in the avalanche of petitions written against him by the state government and the same government would also have about 12 panels probing him on the same items or issues.

“The fact remains that the real APC members in the state have wondered why an APC governor would retain panels set up by the PDP government to probe APC government, in party politics.

“They have suggested that the government should set up his own panels, instead of continuing with the PDP panels. But, we know that certain forces behind the governor won’t allow him to do that.”

Insisting the Uzodinma is running a PDP administration in disguise, the serving Senator said: “The government in Imo as we speak or as we write is APC in name, but a PDP faction in structure and actions.

“The governor has not done anything to show that he is of APC and that his government is that of APC. The government is ‘CampHope’ government made up of those who were with him in his faction of the PDP.

“He was inaugurated in January 2020 as governor. The key or the main stakeholders of APC in the state and their supporters were all at the inauguration, including Rochas Okorocha, Ifeanyi Araraume, Uche Nwosu, etal.

“But a few weeks after the inauguration, the governor made his appointments of about 106 people, including Commissioners. He never deemed it necessary to bring in at least one known APC member in the state to make the list.”