Usifo Ataga: He Was Tortured, Killed By Multiple Persons – Family

The family said although the alleged killer has been arrested, it is "convinced that there is much more to this than is already apparent from the police investigation.” 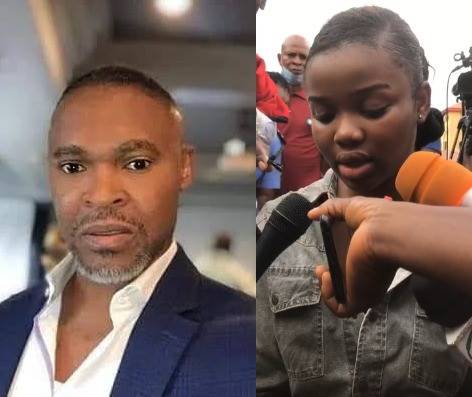 The family of Michael Ataga, the Super TV boss who was brutally killed on June 15, has urged the police to go beyond the confession of the alleged killer in their investigations.

A new twist to the mysterious murder of Lagos billionaire and former Chief Executive Officer of Super TV, Usifo Ataga, emerged as his family claims that the Banana Island billionaire was tortured before his death.

Ataga was reportedly stabbed to death by his girlfriend,  Miss Chidinma Ojukwu, a 300 level student of the University of Lagos, last week, in the Lekki area of Lagos.

However, his family has called on the Nigeria police to properly investigate the matter as an autopsy carried on his corpse has shed more light on the incident.

The family believes that there were more than one person involved in the murder.

A rope suspected to have been used to tie his hands was reportedly found inside the short-let lodging apartment situated at 19 Adewale Oshin Street in the Lekki phase 1 area.

The deceased’s elder brother, Dr. Isi Ataga, in a statement entitled, “Who will speak for Usifo Ataga?” also confirmed these findings.

He stated, “Usifo died a horrific death. He was not stabbed two or even five times; he was stabbed multiple times. His hands were bound tightly and the marks were still all over his wrists, accompanied with evidence of torture and assault even as his corpse lay in the morgue.

“And no one in the entire building heard his screams because he was gagged. Let that sink in, he was bound, gagged and tortured!”

“The now-viral video of the room with the deceased lying on the floor shows a room with blood-stained walls and floor, evidence of a ferocious struggle. One person could never have carried these out.”

Also, a childhood friend, Douglas Aniemena, stated that there were a “few shocking aspects of this heinous incident” which needed more investigation.

Speaking with Vanguard, he said, “The brutal and gory nature of his body; the amount of stab wounds, bruises, bound marks and other inevitable torture marks on his body. The salacious stories, rumours, and false narratives were particularly shocking also, in a most distasteful way.

“Usifo had a place in the VGC that he could have used apart from his home in Banana Island, Ikoyi.

“He has multiple friends who own hotels and short let apartments in the very same Lekki Phase 1 estate and neighbouring Ikoyi, that would avail him of their facilities if he so needed or asked. So, why would he allow and agree to meet up with someone in a short-let apartment that the person had booked?

“The only reason that makes remote sense to me, the only one I can fathom, and I will probably fall for as well, is, if it was set up as a place where some people or person I need to meet, perhaps investors, business I do not know, will come to meet and perhaps, do not want the publicity of hotel foyers or restaurants.

“I do not really know. I am struggling with that one. One thing is clear to me, he was set up to go there.

“The narrative introduced by the suspect, that he willingly gave her his ATM card and pin number, is as laughable as it is preposterous, especially with the proliferation of mobile banking. What would be the reason to give her his bank card and pin number and according to her, ask her to go and withdraw whatever amount she wanted? This is so absurd on so many fronts. Those who knew Usifo, will attest, that he would not talk and act like that; that is so unlike him.

“That notwithstanding, does it make any sense to you that he wanted to give her so much money, mind you, within the ATM withdrawal limit, and could not just transfer whatever amount via his mobile app! Come on, withdrawals via ATM have daily withdrawal limits far less than the amount that can be transferred via mobile banking app which we know he had and was used to make payments, why would he not simply transfer the sums she claimed he was freely offering?

“Does it not make sense that if this his supposed free-will offering was to give you as much cash as you wanted, would he not have offered to transfer money to you as opposed to giving you his ATM card and pin number, (apart from the risk associated from divulging such, which is contrary to the behaviour of a person who was neither gullible nor naïve) would mean taking an Uber from the comforts of the apartment to the ATM gallery, with the potential of standing in the queue and then needing multiple withdrawals to satiate your naira thirst.”