The Pentagon says the "target" was killed in the attack 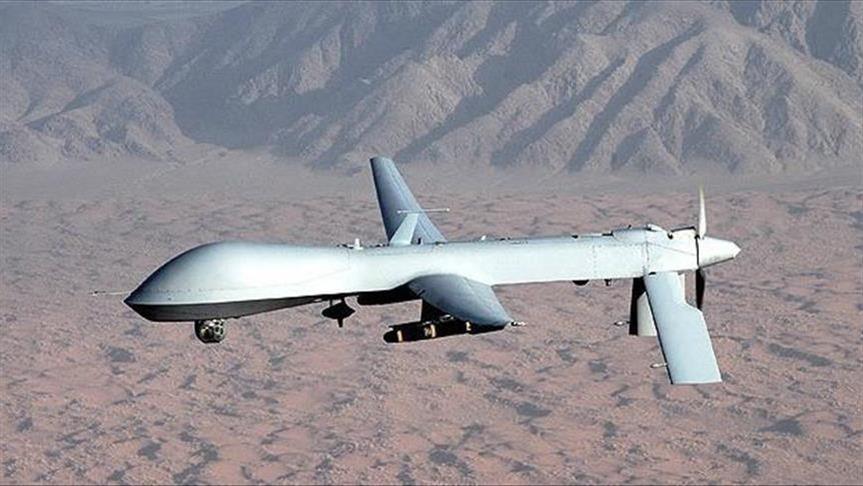 The United States military has carried out a drone strike against an alleged ISIS-K “planner” following a suicide bombing in Kabul that killed 13 American soldiers and at least 70 Afghans.

“U.S. military forces conducted an over-the-horizon counterterrorism operation today against an ISIS-K planner,” U.S. Central Command Spokesman Captain Bill Urban told Fox News on Friday. “The unmanned airstrike occurred in the Nangarhar Province of Afghanistan. Initial indications are that we killed the target. We know of no civilian casualties.”

Fox News has confirmed that the drone hit a vehicle carrying an ISIS-K leader who was believed to be “carrying out future attacks.”

It’s not clear if the planner was involved in the suicide attack at the Kabul airport Thursday, which killed 13 U.S. service members and wounded 20 others.

The ISIS-K planner was also traveling with an “associate,” Fox News understands.

The drone strike took place a few hours ago near the border with Pakistan, the official said.

The strike comes the day after a suicide bombing, for which ISIS-K claimed responsibility, rocked the outside perimeter of the Kabul airport to which thousands of Americans and Afghans have been flocking in order to evacuate Afghanistan.

President Biden is being attacked from all sides after the deaths of at least 13 American service members Thursday in an ISIS-K terrorist bombing at the Kabul airport, with calls for his impeachment and resignation from some.

The outrage over the American deaths Thursday was compounded by news that the U.S. gave the Taliban the names of Americans and Afghan allies it wanted to evacuate.

The political crisis for Biden follows a foreign policy crisis in Afghanistan after the Taliban swept into power as American troops withdrew from the country on Biden’s orders. Even Democrats are criticizing the president’s actions. Prior to yesterday’s bombings, images out of Afghanistan contributed to plunging approval ratings for the president.

“Although it is clear to me that we could not continue to put American service members in danger for an unwinnable war, I also believe that the evacuation process appears to have been egregiously mishandled,” Rep. Susan Wild, D-Pa., tweeted Thursday. “In order to move forward, we need answers and accountability regarding the cascading failures that led us to this moment.”

Critics argue Biden should have left some troops in Afghanistan to keep the brutal Taliban regime from coming into power, or that he should have more strategically handled the drawdown to prevent frantic and deadly evacuations. The White House counters that the withdrawal would be messy no matter what and that the airlift out of the country has saved many lives. According to the White House, 12,500 people were evacuated from Kabul between 3 a.m. Thursday and 3 a.m. Friday, including 8,500 on U.S. military flights.