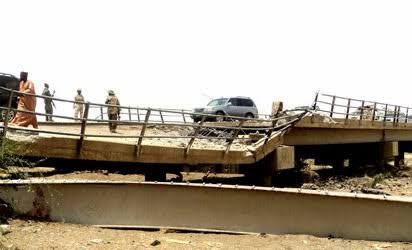 A Cameroonian official has clarified the explosion on the El Beid Bridge at the crowded Gamboru market on Monday and also reduced the death toll from 30 to nine.

He said it was an accidental grenade explosion. It reportedly occurred around 5pm in the Nigerian border town.

Bakary told the East African how the explosion occurred: some children playing on the Nigerian side of the El Beid bridge found the grenade and as they were talking about what to do with it, it exploded.

“There is a local market there and many people were crossing the bridge at the time of the blast…The nine people who died are all Nigerians while five of the 26 injured are Cameroonians,” Mr Bakary told The East African on the phone.

The Lake Chad area is prone to insecurity linked to insurgency by the Boko Haram militant group.

Late last month, suspected Boko Haram militants killed at least 50 people in the area—some of whom had been fishing on the lake, according to media reports.