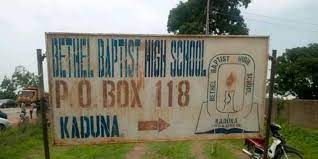 Two of the abducted students of Bethel Baptist Secondary school in Chikun Local Government Area of Kaduna State have been rescued by police operatives.

They were rescued on Wednesday evening by police operatives in Rijanna area along the Kaduna-Abuja highway.

When contacted,  the spokesman of the Kaduna state police command, Mohammed Jalige, told Channels Television that the two abducted students were have been taken to a police medical facility where they are currently undergoing medical examination.

121 students of Bethel Baptist secondary school in Chikun local government area of Kaduna state were abducted from their hotels by bandits on July 8.

Last week, the police rescued one of the students inside a forest, while two were rescued today, thereby bringing the number of those rescued to three.

Meanwhile, the bandits are demanding the sum of N60m as a ransom for the release of the kidnapped students.