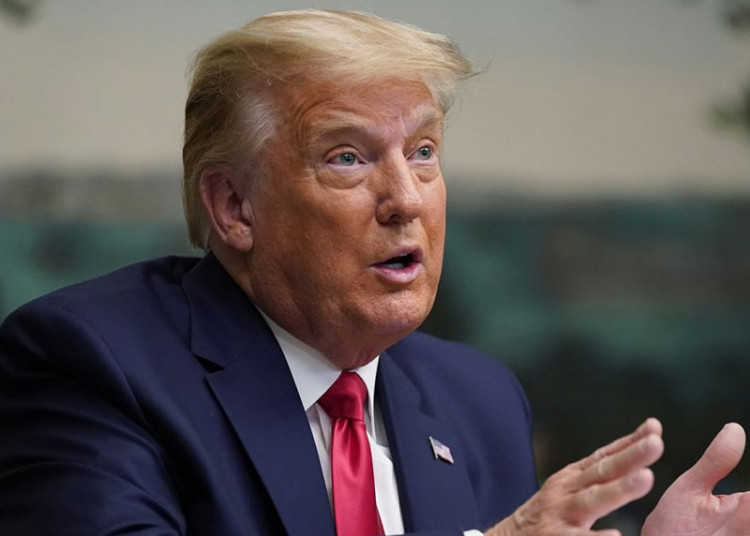 United States President Donald Trump on Wednesday pardoned 73 people, including his former aide Steve Bannon and other allies, just hours before he was due to leave office.

The list of those pardoned — as well as 70 others whose sentences were commuted — was released by the White House in a statement during the early hours.

Neither Trump nor his relatives were on the list.

Bannon had been charged with, and pleaded not guilty to, defrauding people over funds raised to build the Mexico border wall, a flagship Trump policy.

He was Trump’s campaign manager during the 2016 election, before becoming a senior adviser to the president. He left the White House acrimoniously in 2017, Trump later giving him the derogatory moniker “Sloppy Steve.”

But Wednesday’s statement read: “Mr. Bannon has been an important leader in the conservative movement and is known for his political acumen.”

US media earlier reported that the president made his last-minute decision after speaking to Bannon by phone.

And the rapper Lil Wayne, who faced 10 years in jail after pleading guilty to possession of a firearm and ammunition by a convicted felon last month, also made the list.

The star, listed as Dwayne Michael Carter Jr., had shown “generosity through commitment to a variety of charities, including donations to research hospitals and a host of foodbanks,” the release added.

Some lesser-known individuals were also pardoned. Among them was Steve Bowker.

“Nearly 30 years ago, Mr. Bowker pled guilty to a violation the Lacey Act, which prohibits trafficking in wildlife, when he arranged for 22 snakes owned by Rudy “Cobra King” Komarek to be transported to the Miami Serpentarium,” the statement read.

“Although he did not ask for any animals in return, he was offered 22 American alligators. After pleading guilty, Mr. Bowker was sentenced to probation.”

Other pardons included people whose cases have been championed by criminal justice activists.

All five had pleaded guilty or were convicted at trial as a result of special counsel Robert Mueller’s probe into whether the Trump campaign conspired with Russia during the 2016 election.

President-elect Joe Biden, who beat Trump in an election in November last year, was due to be sworn in as his successor later Wednesday.

Until then, the incumbent retains the power to issue further pardons.

Trump was due to skip the inauguration ceremony, in a stark break from presidential tradition, flying straight from the White House to his Florida home.

Having spent weeks claiming — without evidence — that the election was stolen from him, he was yet to personally congratulate Biden on his win, and did not invite him for a customary visit to the Oval Office.

Tensions have soared of late on Capitol Hill, where the Senate is expected to soon put Trump on trial following his record second impeachment by the House of Representatives over a riot by his supporters in the Capitol building.

The spectacle will clash with the opening days of Biden’s tenure, as the new president seeks to swiftly confirm his Cabinet picks and push through aggressive legislation including a $1.9 trillion package to rescue an economy buffeted by the coronavirus pandemic.