Tricycle Operators In Yobe Protests Over Unlawful Arrest Of Members 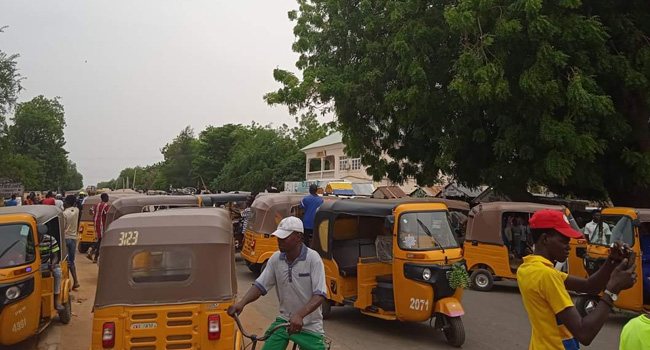 It was an uneasy day in Potiskum the commercial centre of Yobe State when members of the Tricycle Riders Association staged a peaceful protest over what they call an unlawful arrest of their members by the Yobe State Road Traffic Agency (YOROTA).

The Leader of the protesters, Usman Abubakar, revealed that many of their members were being arrested or levied unnecessarily by the management of the traffic agency.

“Sometimes they arrest our members and charge them to pay N25,000 for mere parking at strategic places. Where can we get such amount to pay them, after all, no signpost prohibiting anyone to park in those places,” Abubakar said.

“We are peace-loving citizens, we want Governor Mai Mala Buni to intervene please”. 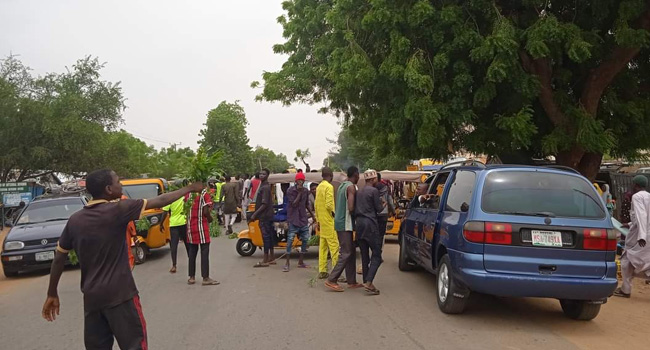 When the General Manager of the Traffic Agency, Babagana Modu, was contacted, he refuted the claims saying only those who violate the traffic orders were being arrested or asked to pay a fee.

The protesters first visited the Emir of Fika and Chairman of the local government Council, in which they pledged to sort out issues with the Traffic Agency amicably.

The Road Traffic Agency was established in 2020 to ease regular accidents in the major cities as a result of traffic violations.