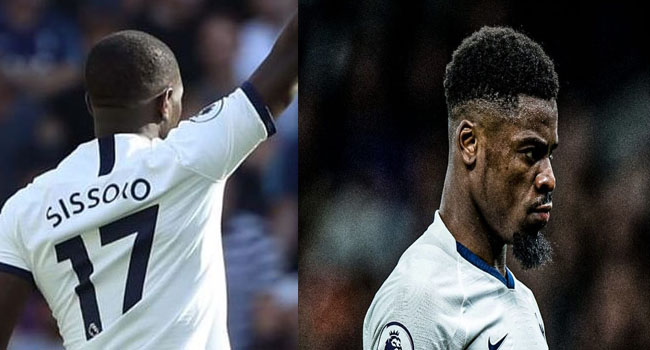 Tottenham stars Serge Aurier and Moussa Sissoko were forced on to apologise on Tuesday after flouting government guidelines on social distancing during the coronavirus.

Ivory Coast defender Aurier posted a video of himself training with club team-mate Sissoko on Instagram earlier in the day.

The 27-year-old, who was wearing a mask, has since deleted the videos, which showed him running shuttles and sitting next to France midfielder Sissoko, disregarding the current social distancing advice.

Spurs said they would speak to Aurier and Sissoko about their behaviour.

Just hours later, the pair released a statement accepting they were in the wrong and pledging to donate to the National Health Service.

“We recognise that as professional footballers we have a responsibility to be role models, particularly during this uncertain period that everyone around the world is facing,” the statement read.

“We wish to apologise for not setting the right example here. We must all respect the Government advice to minimise the number of lives lost during this pandemic.

“We cannot thank NHS staff enough for their tireless work at this time and we shall both be making a financial donation to show our support for their efforts.”

Aurier and Sissoko are the latest high-profile figures at the north London side to ignore the guidelines while Britain is on lockdown due to the pandemic.

Mourinho was forced to admit his mistake, saying his “actions were not in line with government protocol”.

On the same day, Tottenham duo Ryan Sessegnon and Davison Sanchez were filmed running side-by-side, while Aurier has also posted a separate video of him running with a friend.

Government guidelines say you can only exercise outdoors on your own or with members of the same household.