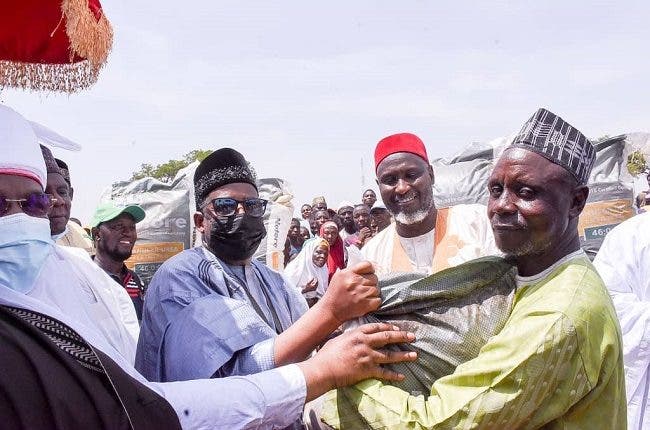 Bauchi State Governor, Sen Bala Mohammed Abdulkadir, has launched the 2021 farming season directing the state fertiliser blending company to sell the commodity direct to the farmers to save them from the trouble of shylock marketers.

While launching the new season at Soro in Ganjuwa LGA, Bala Mohammed directed that Urea fertiliser should be sold at the rate of N11000 per bag which is a subsidised rate as the government bought it at the rate of N11,500.

Bala Mohammed further assured that his administration will continue to promote agricultural production in order to ensure food availability in the state which will, in turn, ensure food security because according to him with the availability of food, hunger and poverty will be subdued.

He said that in order to make the assorted fertiliser readily available for the real farmers across the state, the government has procured 100 trailers at the cost of over N120m which are to be sold directly to the farmers by the fertilizer company.

The Governor further said that his administration has committed a huge sum of money to the procurement of farming needs including pesticides and enhanced seedlings which will yield more produce to the farmers.

He said that “We hope that what we have done will spur our farmers to come out and buy directly from the Government away from the shylock marketers who always capitalise on the situation to increase prices far beyond the reach of the peasants”.

The Governor also warned that government will deal ruthlessly with any official caught selling above the government prices calling on farmers to report anyone trying to make things difficult for them.

He also appealed to the farmers and herders in the state to continue to live harmoniously with each other because according to him, “We are brothers and should relate as such, without peace, we cannot make any meaningful progress, we need each other to survive.”

He also assured that government will continue to provide adequate security to all the citizens of the state irrespective of where they are living because according to him, it is the responsibility of the government to provide security for all.

In her brief remarks, the Permanent Secretary, Ministry of Agriculture and Rural Development, Mrs Saratu Musa Jibrin, said that the Ministry will collaborate with the fertiliser blending company in the distribution of the commodity to the real farmers through direct sales.

The Permanent Secretary assured that every barrier that will militate against the smooth distribution of the commodity to the direct beneficiaries has been removed while the exercise will be closely monitored to ensure that it succeeded.

She then thanked the Governor for the prompt approval and release of funds that enable the Ministry to procure the fertiliser in good time before the rain go far.