The GMD Of NNPC Defends 30% Allocation To Frontier Basin 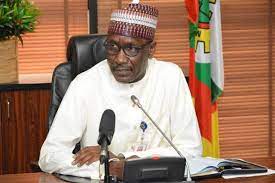 Mr Mele Kyari, who is the Group Managing Director (GMD) Nigerian National Petroleum Corporation (NNPC),  defended the 30 per cent allocation to the frontier basin exploration in the Petroleum Industry Act (PIA), on Tuesday.

The GMD said the percentage of the Corporation’s profit was a very small amount compared to the 3 per cent of its operating expenditure allocated to the host communities.

Kyari made the assertion when he appeared on the Nigerian Television Authority morning show monitored by the Tribune Online.

He said although the percentage appears huge, this does not reflect the desires realities hence the need to look deeper.

“Maybe we have not communicated enough. If we have, some of these misgivings would not have come up in the first instance. I know there were engagements but maybe they weren’t effective because when you say 30 per cent of NNPC profit, it is a very small number.

“The percentage appear very outrageous. 30 per cent of what? That Is where nobody has sat down to the lookout. When you say 30 per cent, it probably comes down to less than $400million per annum and then the other side of it is that 30 per cent is a big number but when it comes to the host community funds, you have 3 per cent of our operating expenses.

“We spent about $16billion in fiscal 2020 in our operating expenses across the sector so when you take 3percent of that it becomes above $500million far above the budget of NDDC. You can see that the percentages do not reflect the realities that we intend to achieve by this. And for-profit oil, for instance, there are uncertainties. If you do not make a profit, it is zero. But we must spend money to do operating expenses but we are very sure that the provisions made for the host communities would be implemented.”

He also dispelled misconceptions that the frontier basin falls in the North.

His words:” Frontier is a technical word. It means where you have not found oil but there is a potential for finding oil, this spreads across the country from the Chad basin, Sokoto basin, Bida basin, the Anambra platform, Calabar embankment including the Niger Delta which have not been explored so every money you have, you have to put them this.

” What is wrong with finding more oil? and, wherever you find it, it becomes the resource of the government and therefore nobody losses from this participation.”