The Controversy Over Hydroxychloroquine 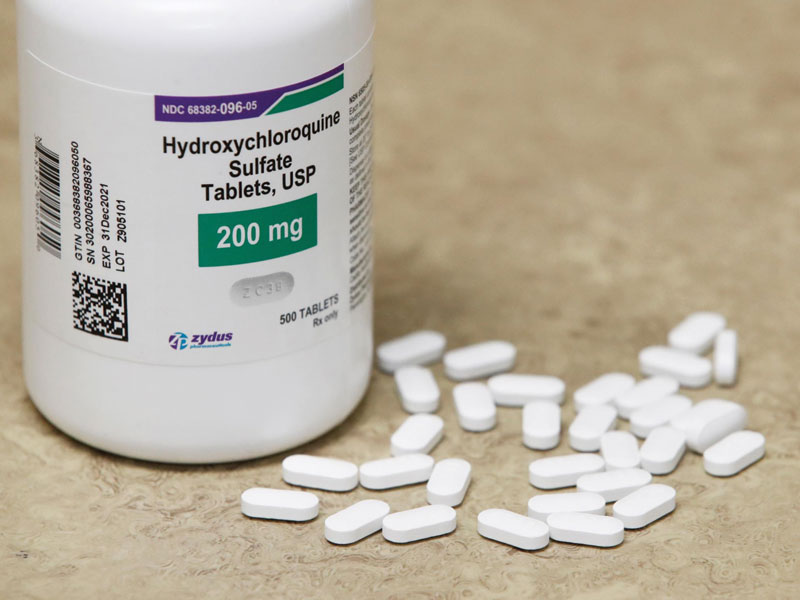 In May 2020 National Agency for Food and Drug Administration and Control (NAFDAC) said that it would be continuing its research into the effectiveness of hydroxychloroquine as a treatment protocol for COVID-19 even when some journals had published some reports that caused quite a stir in the pharmaceutical industry.

The medical Journal Lancet in an observational study claimed that seriously ill COVID-19 patients who were treated with hydroxychloroquine were more likely to die or develop dangerous irregular heart rhythms. This report was subsequently proved to be faulty.

The World Health Organisation and many health institutions stopped usage of the drug due to the erroneous and faulty study published in the British Medical Journal -The Lancet, May 22nd.

However with the new Henry Ford System Study which shows that hydroxychloroquine helps to lower the death rate of COVID-19 patients significantly there’s an overwhelming need to refocus attention on this drug as an effective remedy for the treatment of the novel virus.

The study analysed 2,541 patients hospitalised among the systems six hospitals between March 10 and May 2 and found that 13% of those treated with the drug died and 26% of those who did not receive the drug died. Among all the patients that were used in the study, there was an overall in-hospital mortality rate of 18% and many who died had underlying conditions that put them at greater risk, according to the new report from Henry Ford Health System.

Since Donald Trump recommended this drug, it has passed from one controversy to the other as people wondered why this drug that has been around for the past 65 years and have been used to treat millions of people safely will be a subject of these controversies. Other than being a cheap treatment solution, the effectiveness of the drug on patients has been attested to by several physicians in different and varying jurisdictions around the world.

From the testimony of doctors in Nigeria and around the world, the drug is most effective when used early in the illness, it has been proven to be a real game changer in the management of COVID-19. Despite the controversies in some jurisdictions that suddenly changed the status of the drug from over-the-counter to a drug requiring a prescription, its success in managing COVID-19 has never been in doubt if safely used. What we will want to see is a research that monitors the success rate even amongst out-patients and how an early use of this drug with the right amount of doses can be effective as well.

With 10,845,275 confirmed COVID-19 cases as at the 3rd of July, 2020 the advice by the FDA and CDC that hydroxychloroquine should be used for hospitalised patients won’t be strategic in the management of the virus because more often than not it will be too late to see the effectiveness of the drug.

I believe some of these restraints and issues are as a result of models rather than human data like the type from Henry Ford Health System.

The mixed messaging from the World Health Organisation is also another controversy that this drug has had to battle in the treatment of COVID-19. WHO had halted hydroxychloroquine trials twice, the first time was on account of the fraudulent Lancet Study on the 25th of May and the second time was on the 17th of June based on recovery trials, where highly toxic doses of the drug were used. Beyond the controversies the drug still stands out as a successful treatment protocol from hospitals around the world. Even the revered Dr Anthony Fauci, Director of the National Institute of Allergy and Infectious Diseases has also contributed to controversies with respect to the use of hydroxychloroquine in treating COVID-19. At some point he insisted the drug cannot be used without strong evidence but in all the drug battles on as a shining solution in the treatment and management of COVID-19.

Here in Nigeria results from the various isolation centres and interview of recovered patients is an eloquent testimony that this drug is vital in the treatment of COVID-19 and in the absence of a vaccine, policymakers should give this drug a chance.

A study sponsored by LiveWell Initiative in collaboration with various stakeholders in the healthcare value chain comprising Physicians, Pharmacists, Researchers and Clinicians indicated that chloroquine and hydroxychloroquine as prophylaxis for COVID-19 showed a measure of encouraging success. The CEO of LWI, Bisi Bright said “our LWI study protocol recommends quinine for all COVID-19 inpatients (oral for regular inpatients and intravenous for ICU patients).’’

Beyond all the controversies what can’t be denied is the results by frontline medical officers around the world. The time to move away from the needless controversies is now.