The Church And The Challenges of a Nation || WF Kumuyi 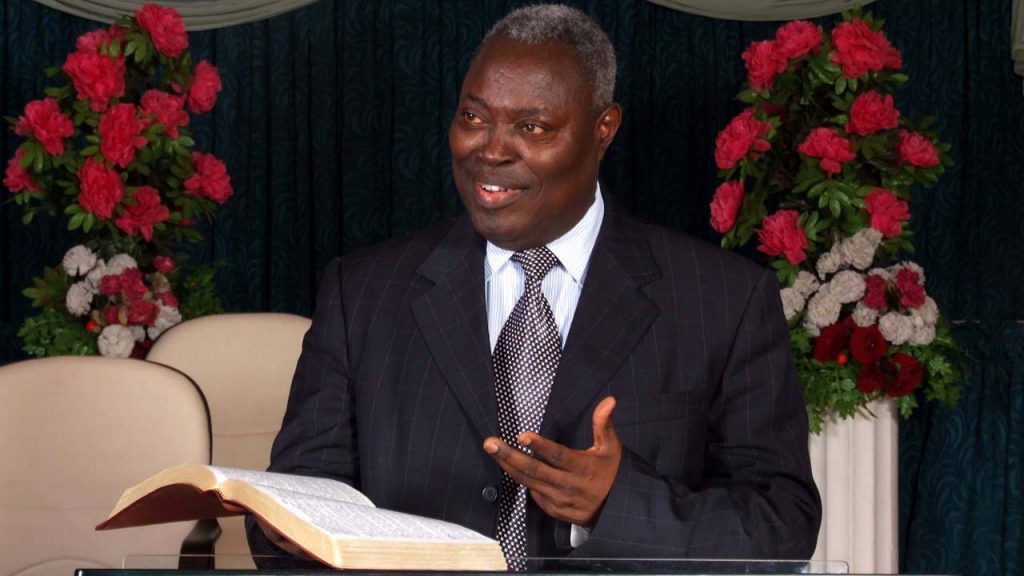 The Church And The Challenges of a Nation By WF Kumuyi.

At a public forum in Lagos in September this year, a visibly disturbed former Vice-Chancellor of Ajayi Crowther University, Professor Dapo Asaju, challenged me and my brother minister, Pastor Enoch Adeboye, of the Redeemed Christian Church of God to speak up in the face of the pall of insecurity overlooking our dear country, Nigeria, and threatening us all with a pin-down. He says it’s not enough to ‘’keep quiet’’ and pastor only our congregants. He wants us, among other charges, to meet the President, Muhammadu Buhari, and tell him, ‘’enough is enough.’’

The don said: ‘’All ministers of God must speak out…I (am) looking forward to Baba (Kumuyi) addressing a world conference with Baba Adeboye seated beside him. Let them call people and say ‘Enough is Enough.’ They need to lead other people to convene a high-powered meeting with the president.’’ He tied his call to the scriptures, where troublous times in ancient Israel always witnessed the emergence of faithful messengers offering divine succour and intervention. Nigeria of this age is also under the weather, Asaju laments; she needs the clerics’ cuddling and comforting care.

We cannot dismiss the concerns of Bishop Professor Asaju. The patriot that he is, he like all of us, wouldn’t want the escalation of our problems to get to the boiling point of no return. If all else has failed, he seems to say, God’s true representatives in the confines of His Holy Church here in Nigeria cannot fail to lead us away from the cusp pointing down to a dark abyss. He is also right to insist that pastors must not be satisfied with the ‘narrow’ mission of entering the annals as the clergymen with the largest congregation in Africa or the world. They must worry more about the environment these worshippers go into when they are discharged from the precincts of the church. Do they march into the deadly embrace of harlots, armed robbers, kidnappers, drug addicts, the sick, unemployed youth given to crime and hopelessness, corrupt political office holders, broken homes, occult campuses, idolatry, immorality, urban violence etc.?

At Deeper Christian Life Ministry, we are far more aware of this existential crossroads than many perceive. We present the Word of God as delivered in the Holy Bible, alright. But we warn that in the long run, the Lord is interested in a fusion of obedience to His Word and relating amicably with fellow human beings, regardless of class, colour, caste (religion) or culture. We teach that if you’re a genuine believer in Christ, you wouldn’t hate your neighbour. Nor would you disdain those in power because they appear not to be delivering on electoral pledges such that you would go on the rampage, destroying government property or pillaging the public till. We teach a linear life of Christian walk: you can’t be a saint on Sunday and a monster on Monday.

Needless to say, God recognises the dual nature He has clothed us with, physical body and soul. Both need to be fed proportionally. The inner soul requires the Word, while the external body needs material fulfillments through food, shelter, healing, job, joy, justice etc. The creator hasn’t annulled that order. He expects the state to cater for the body while He saddles the Church with providing for the inner being. None is mutually independent of the other. Societies run into straits, setbacks and storms when they neglect this arrangement.

But diligently keying into this plan as individuals, nation and Church, gives us the far-reaching blessing of obedience to His Word. We can testify to this as we have adopted the strategy, given by Heaven, to constantly embark on global crusades, with the community, and not the Church, as the epicentre. The gatherings are all-inclusive, nondenominational. The limitless reach of today’s smart media and the internet has enabled us to touch almost every inch of the globe. In real-time audiovisual streaming, many across Nigeria, the African continent, Europe, the Americas, Asia and Australia and New Zealand are able to get connected to our crusades. Those who can’t make it to the viewing centres connect with me in their homes, hospitals, workplaces etc. Everywhere the Lord has been faithful to His promise to answer our prayers.

As the Lord graciously uses me to deliver His Word at these events, He never ceases to accompany the ministration with astonishing miracles of salvation, healing, restoration of hope to the despondent and deliverance of the nations from instability, insecurity and the invidious grip of the devil.

We have verifiable testimonies all over the planet underscoring the incredible power of the God of the Bible times being here with man again. He is leaping from the past to the present to prove that in any generation He doesn’t forsake those who repose full faith in the finished work of Christ, in His promises and in His prophets.

In Zambia, after one of the crusades, I met a caterer, Sylvia Banda, who asked me to pray for successful surgery on her right foot following a tendon rupture. A sharp-edged bone was growing on top of the main bone. The pain she was having was unbearable and only an operation could save her. But I told her there would be no operation since God would heal her. I went ahead to offer a short prayer. Back in the hospital for check-up, the growth had disappeared.

Still in Zambia, a lady in Lusaka, the capital, Arien Gama, received the rare miracle of the restoration of her dismembered finger. In simple faith, she pointed the challenged limb at the screen showing me at a crusade in Nigeria. The power of Heaven which recognises no physical barriers of distances hit the finger and made it grow out again. There was no human surgery.

A young man who was in the village preparing for one of my crusades learned of the death of his father. He was under pressure to stay behind for the funeral plans. But he said: “I have made a pact with God to honour His invitation to the program. I can’t renege.’’ So he came to the crusade. God also honoured the consecration of the man by bringing his father back to life during prayers while he was serving Him at the program.

These are just a few of the instances when God has deployed His Church to intervene in the affairs of the nation and its citizens and institutions.

And as we now hold the Port Harcourt, capital of Rivers State in Nigeria’s South-South for another five-day global crusade from Wednesday, October 27, 2021, I foresee more of the Lord’s focus on attending to the challenges of our nation and the countries of the world. I see Him containing the conflicts confronting His people as we pray in the Name of Jesus.