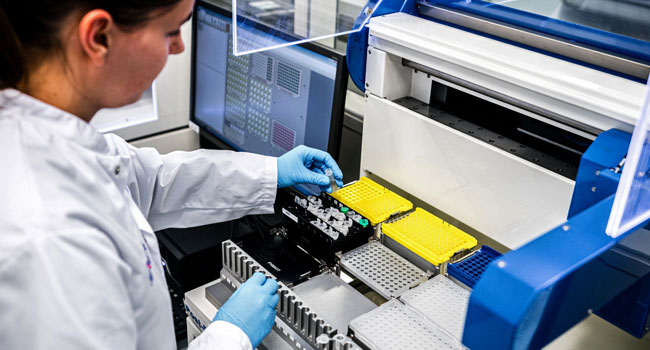 Journalists in Akwa Ibom State were on Sunday engulfed in fear as ten of the Government House press corps members allegedly tested positive for Coronavirus.

Among the ten suspected press corps members found to be positive are cameramen, reporters, correspondents, and information officers.

It was gathered that a cameraman on Tuesday tested positive of the virus after exhibiting some symptoms, which prompted the relevant authority to subject his colleagues to undergo the test on Wednesday morning and nine out of the samples sent allegedly returned positive

Recall that a blogger with the All Progressives Congress(APC) had earlier this month alleged that some commissioners in Governor Udom Emmanuel’s cabinet were COVID-19 positive but the government denied it.

Rumour making the rounds said the cameraman and other suspected cases among the press corps must have had contacts with the government officials alleged to be infected.

Meanwhile, some Correspondents from other National Dailies have been invited for contact tracing by the Ibom Multispecialty Hospital, Uyo.

The journalists invited for contact tracing and possible testing are those who have been actively attending press briefings at the Government House and have at various times interacted with the said cameraman.

One of the correspondents posted on his Facebook wall, “Just received a call from Ibom Multispecialty hospital that I am being traced as a contact of a COVID-19 patient “.

However, the Senior Special Assistant on Media and Chief Press Secretary to the Governor, Mr. Ekerete Udoh, has denied any COVID-19 case among the Government House Press crew.

He simply said, “That rumour is completely unfounded. It is not true”.