Tears As Bishop Foluso Taiwo Passes On To Glory 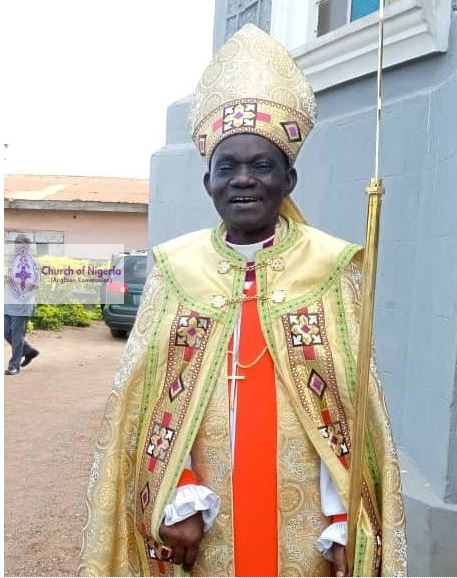 The Primate, The Most Rev’d Henry Ndukuba through the General Secretary of the Church of Nigeria, Anglican Communion, Venerable Dr. Paul Dajur broke this via a message as quoted:

“The Primate of All Nigeria has received the sad news of the demise of the Bishop of Oke-Osun, the Rt Rev’d Foluso Taiwo, which occurred last night. Please uphold his wife, the family and the good people of Oke-Osun Diocese in this period of mourning. May the soul of our father in God, Bishop Taiwo rest in peace with the LORD. Amen”.

Tearfully his son, Oluwatobi Taiwo also confirmed the sad news to ACNNTV that his father passed on to join the triumphant at 1:15am today, 11th November 2020 at Babcock Teaching Hospital Sagamu, Ogun State.

Bishop Taiwo was consecrated Bishop on Tuesday, September 24, 2019 in Asaba by the immediate past Primate of the Church of Nigeria Anglican Communion His Grace Nicholas Okoh.

Foluso Taiwo, before he became bishop was the Director of Communication, Church of Nigeria Anglican Communion, and the Vicar at Church of the Holy Cross, Wuye District, Abuja.

He was a notable broadcaster, who started his media career as far back as 1980 at Radio Nigeria, Ibadan, as a freelance journalist and Newscaster before he was fully employed as a Reporter/Editor/Newscaster and HOA correspondent under the Television Service of Oyo State (TSOS). He grew in his field working in several media outfits such as Broadcasting Corporation of Oyo State (BCOS), Osun State Broadcasting Corporation (OSBC) before he was transferred to Abuja to continue his pastoral ministry. Though he served as a Canon and Archdeacon of the Diocese of Abuja, he remained a media practitioner and was soon made the general manager of Crowther Radio Station; from where he became the Director of Communication and later a newscaster at the Advent Cable Network Nigeria (ACNN TV).

Funeral arrangements will be announced later.