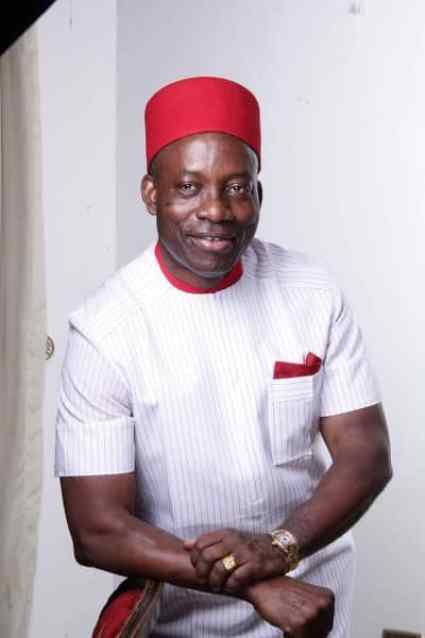 The Supreme Court on Thursday affirmed Professor Charles Soludo as the governorship candidate of the All Progressives Grand Alliance (APGA) in the Anambra election slated to hold on November 6, 2021.

The five-man panel led by Justice Mary Odili also affirmed Mr. Victor Oye as the  chairman of the party.

The apex court, in a unanimous decision by a five-man panel of justices led by Justice Mary Odili, upheld the judgement of the Kano State Division of the Court of Appeal, which validated the primary election that produced Soludo.

According to the Supreme Court, the appellate court was right when it quashed a Jigawa State High Court judgement that recognised a parallel primary election that was conducted by the Jude Okeke-led faction of APGA.

It will be recalled that Soludo emerged from the primary election that was organised by the Chief Victor Oye-led faction of the party.

Thursday’s ruling ends the long-running battle over the leadership of the party and candidature for the Anambra guber poll.

In July, the Independent National Electoral Commission (INEC) had omitted the former Central Bank of Nigeria (CBN) governor’s name from the list of candidates for the election and instead listed Chukwuma Umeoji as the party’s flag bearer.

The electoral body had explained that its decision was based on court orders, a move Soludo described as surprising.

“When it came last week, I was a little bit surprised; not terribly so. I have been through this road before,” Soludo told Channels Television’s Politics Today, days after INEC’s decision.

“When I ran in 2010, we had about 13 court cases in three months and thank goodness, the Nigerian judiciary stood firm and came through in the end.”

But a month later, the Mahmood Yakubu-led INEC made a u-turn and named Soludo as the APGA candidate for the Anambra election.

Again, the commission said the development was in line with court judgements on the matter.

“The commission was served with the judgement of the Court of Appeal (Kano Division) which set aside the judgement of the High Court of Jigawa State on the leadership of APGA and the nomination of its candidates for the Anambra Governorship election,” INEC National Commissioner and Chairman of Information and Voter Education Committee, Festus Okoye explained.

Following INEC’s move, Soludo received the party’s flag and launched his campaign at an event – held in Awka – and witnessed by hundreds of APGA’s faithful at the Alex Ekwueme Square.