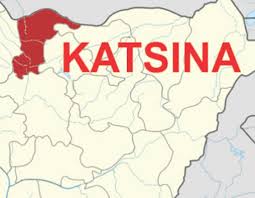 Two of the bandits are from Shamushalle village, another two from Nahuta village in Batsari Local Government Area, and the remaining two are from Kurfi and Safana LGAs of Katsina state.

In a statement signed by the Police Public Relations Officer, SP Gambo Isah, the bandits were arrested on Wednesday “at about 22:00hrs based on intelligence report indicating that the syndicate have escaped from the Rugu forest to avoid the ongoing Military/ Police onslaught”.

In the meantime, a combined operation of police and repentant bandits led by Sani Muheddinge, resulted in the killing of two notorious kidnappers.

The operation which was also carried out on Wednesday led to the rescue of three kidnap victims and the recovery of one AK 47 rifle.